I was grateful after visiting my dentist recently for the fact that she wasn’t simply interested in providing me with pain relief, and did not seek to discharge me once the pain from my tooth abscess had subsided. Thankfully, she had taken the time to demonstrate the full extent of my problem (using x-rays and an oral camera) before my care began. She then gave me a number of options, and I decided to continue my dental care beyond the pain, and proceeded to attend to the tooth decay and cavity that was still present after the pain had gone. I paid £360 for a root canal, I was also told I could have a bridge fitted for approx £900, or an implant (one tooth) at £2,000 should the root canal fail. I was very happy with this, and did not think I was being overcharged for the extremely professional service she provided. If my dentist had offered me pain relief, then told me once the pain had gone that I was ‘OK’ and come back when it hurts again, I would have run a mile, and would not have attended this dentist again.

Some comments suggest that once a patient is pain free, they should be discharged from care. Indeed, inference is made that a chiropractor who has patients under care beyond pain relief, is somehow being unethical.

While everyone is entitled to their views and opinions, one can only conclude, based upon the scientific literature, known human neurophysiology, and the worldwide chiropractic professional position papers and guidelines agreed upon by the vast majority of the profession, that the above views are not congruent with mainstream worldwide chiropractic practice and principles.
“To concentrate on pain or other symptoms as the primary method to assess efficacy of treatment is not only evidence of a superficial understanding of chiropractic principles, but is also evidence of a superficial understanding of the workings of the biological organism.” Troyanovich et al. Structural rehabilitation of the spine and posture: Rationale for treatment beyond resolution of symptoms. JMPT 1998.
To judge the clinical success or failure of chiropractic on the reduction only in the quality or quantity of a patient’s perceived pain can often be misleading for the chiropractor and patient, as it is known that there is not a linear relationship between the amount of pain that someone perceives or reports and the degree of tissue injury they may have. Nor is there a direct correlation between a change in a persons stated pain level and improvement or worsening in tissue function, as is often evidenced by those who develop heart disease, cancer, diabetes etc, without ever being aware of it.
Further, a patient may perceive more pain and yet be functionally better and also more cognisant of his/her somatic experience – perhaps this is the patient that is referred out or discharged because their perception of pain is not ‘improving’? A patient may also experience less pain as a consequence not of improvement, but of decreased sensory experience and awareness – perhaps this is the patient we congratulate ourselves about for having done a good job?
I have yet to find one single chiropractic position statement anywhere, in any country association or organisation that states that the purpose of chiropractic is to treat pain – not one! 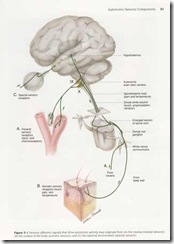 In fact the International consensus on fundamental principles of education and practice within chiropractic – The ACC Chiropractic Paradigm of 1996 (adopted by the World Federation of Chiropractic, The American Chiropractor’s Association, The Foundation for Chiropractic Education and Research, The Association of Chiropractic Colleges, The Council on Chiropractic Education, The International Chiropractors Association, National Board of chiropractic Examiners and others…) states the following: “Chiropractic care is a healthcare discipline that emphasises the inherent recuperative power of the body to heal itself without the use of drugs or surgery” and that “The purpose of chiropractic care is to optimise health”. The ACC Chiropractic Paradigm 1996, Association of Chiropractic Colleges, Bethesda, Maryland.
It further states that: “Chiropractic is concerned with the preservation and restoration of health, and focuses particular attention on the subluxation” and that: “A subluxation is a complex of functional and/or structural and/or pathological articular changes that compromise neural integrity and may influence organ system function and general health.” This objective has been identified with chiropractic since its inception.
More recently, the World Health Organisation has issued guidelines on basic training and safety in chiropractic, which state:
“Chiropractic is a health care profession concerned with the diagnosis, treatment and prevention of disorders of the neuromusculoskeletal system and the effects of these disorders on general health. There is an emphasis on manual techniques, including joint adjustment and/or manipulation, with a particular focus on the subluxation…
“The concepts and principles that distinguish and differentiate the philosophy of chiropractic from other health care professions are of major significance to most chiropractors and strongly influence their attitude and approach towards health care…
“A majority of practitioners within the profession would maintain that the philosophy of chiropractic includes, but is not limited to, concepts of holism, vitalism, naturalism, conservatism, humanism and ethics…
“The relationship between structure especially the spine and musculoskeletal system, and function, especially as coordinated by the nervous system, is central to chiropractic and its approach to the restoration and preservation of health…
“It is hypothesised that significant neurophysiological consequences may occur as a result of mechanical spinal functional disturbances, described by chiropractors as subluxation and the vertebral subluxation complex.” World Health Organisation, WHO Guidelines on basic training and safety in chiropractic, 2005. ISBN 92 4 159371 7
And from Gatterman: “Research has clearly demonstrated that pathologic changes of the spinal column, which we call the subluxation complex, may exist without symptoms… In summary, it is clearly inappropriate to equate the subluxation complex with low back pain… Moreover, it is important to understand that treatment of the subluxation complex does not end merely because back pain resolves.” Gatterman M.I., Foundations of Chiropractic, Subluxation, 2nd Ed. 2005, Ch. 9, pp. 201-202.
The above statements do support the contentions that the subluxation complex is a particular focus of holistic chiropractic care, and that the subluxation complex can exist without symptoms, meaning that pain cannot be used as the sole rationale for care. And, also, that it is inappropriate to equate subluxation complex with low back pain, and that it is important to understand that treatment of subluxation complex does not end merely because back pain resolves.
These statements taken from the scientific literature, international chiropractic professional consensus and guidelines, do not support the contention that the purpose of chiropractic is to provide manual analgesia, in fact, based on these statements, it would be illogical, unethical and unscientific to describe chiropractic as such, and therefore illogical, unscientific and unethical to persecute colleagues who endorse and adhere to them.