I have got involved with a very interesting discussion on Linkedin  on the relevance of the subluxation to chiropractic. The discussion moved on to “chiropractors needs cultural authority” like the osteopaths in the US and this point of view was supported by an interview given by Richard Brown in the Austrialia  After the Storm – What have we learned The suggestion seems to be that it was subluxation chiropractors who brought the Skeptic attach on chiropractic, rather than evidence based BCA chiropractors who were silly enough not to question their leaders. I have not read any chiropractic literature recently so its amazing to me so little has been learned.

I told this American chiropractor John I did not diagnose or treat conditions and he felt I was just a technicians. I though you might find the context interesting even though I have written this stuff many times here, so apologies for repeating myself.  What I have learned is there are two groups of chiropractors with conflicting ideas as to the future of chiropractic and they will never  agree or be able to work together. The sooner the leaders of chiropractic accept this, the better for chiropractic and stop all this crap about unity. I am so glad I made my decision to come off the register, I practice chiropractic how I want to and am only answerable to my clients and the law of the land. This is my final contribution to the Linkedin discussion. 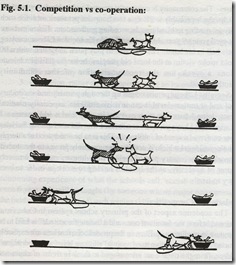 @ John Ventura In my opinion ,the subluxation debate is really a bit of a red herring as Its easier to argue that its an old fashioned name for a fixation, than say we are chiropractors who want “cultural authority” and we believe the way to achieve that is to embrace the biomedical model as the Osteopaths have because   “nobody” trusts chiropractors, and its that one over there who is to blame for the professions problems.  You say “ the majority of chiropractors consider themselves doctors; not to be petty but DC is doctor of chiropractic” I know what DC stands for, but who cares what chiropractors think its what the 93% of the public who dont use chiropractic  that matters what do they think. Do they think chiropractors are “real doctors” or like Dr Alan Harper in 2 & half men. You seem to think its traditional chiropractors are the problem and I think its  chiropractors seeking “cultural authority” . Just the word “authority” sounds paternalistic and moving away from the patient centred philosophy of empowering patients to choose.

To convince me that the profession needs to embrace the biomedical model, for “cultural authority”, I would ask what evidence you have beside the opinion of an MD in a book and dont physical therapists already provide this “chiropractic physician” service in the US as do Physiotherapists in the UK and what would the USP between a chiropractic physician and a physical therapist who does spinal manipulation.

You ask what is a chiropractor who does not diagnose, I take you know what a “differential diagnosis” is, its the back up in case your original diagnostic theory is wrong, diagnosis is not an exact science and if one of my patient wants a diagnosis I will send them to someone who has been properly trained in the diagnosis of medical conditions. Does not bear thinking about if I had gone to a chiropractor hoping he would diagnose my colon cancer.

You also seem to think the fact I dont “treat” conditions is pejorative. There has been some reference to Richard Browns talk in Australia. I know Richard and it is an interesting perspective on what has brought the chiropractic profession in the UK to its knees. You need to understand that the chiropractors who were brought to task in the UK were the chiropractors who claimed to “treat” various conditions, they were 700 BCA evidenced based chiropractors, were judged to have a case to answer, including Richard Brown himself. Richard  presented his “plethora of scientific evidence” to justify these claims on treatment and the Editor of the British Medical Journal laughed at him in their editorial on the matter.

The irony of all this is, that the chiropractic profession is split along similar lines as in the US. The BCA would be the equivalent of the ACA and it was these chiropractors that were charged not subluxation high volume practitioners. Some of the chiropractors who were found guilty by the UK regulator would be horrified to be described as “ subluxation chiropractors. The reason this happened was because foolishly the BCA decided to sue Simon Singh rather than debate him as I did. I know Simon  and supported his right to say what he did even though a lot of it was ill-informed. The Guradian newspaper offered the BCA a right of reply which they refused and decided to sue him, which resulted in the “Streisland effect” (where you are hoping to suppress something with intimidation and it just draws lots attention to what you were hoping to supress. I have a Masters in Health Promotion and I am amazed that senior chiropractors thought there was rigorous scientific evidence to support chiropractic as a treatment for anything, beyond  “spinal manipulation” as being effective at reducing back pain. Not all chiropractors do “spinal manipulation” so at this stage we are not even sure what the chiropractic intervention is, to apply the term chiropractic to anything.

Simon Singh has a PhD in particle physics, which hardly makes him an authority on chiropractor or clinical science for that mater, but for reasons best known to Richard Brown and a few other BCA politicians they asked lawyers to argue the case for them. The sceptics attacked BCA “evidence based” chiropractors not subluxation chiropractors. The reason they were able to bring the charges was because of an over zealous, incompetent regulatory body, the GCC, of which I was an elected member in 2007. I did not last long and was voted off after nine months by what Richard Brown call the “silent majority” who need to be heard, they are the ones with the power over chiropractors lives.Richards truest words in the article are that “The very thought of becoming involved in political activity is an understandable anathema to most chiropractors”. So we have to do with politicians of the silent majority like Richard occupying three positions, President of the BCA, Secretary of European Chiropractic Union, and the Secretary General of the European Academy of Chiropractic.

I was removed from the regulatory board because I had the courage to stand up and tell them they were not fit for purpose. There are twice as many osteopaths in the UK as chiropractors yet chiropractors have four times as many complaints being brought  by the regulator and very few of these complaints were about unethical practice building or subluxations. Now the new chief executive of the GCC is telling chiropractors this is all going to change because they need to save money, so perhaps the complaints were not because chiropractors are worse people than osteopaths and it was after all because the GCC had an incompetent chief executive and the council played their fiddles while she brought the profession to its knees.

Three years ago I had enough and resigned my chiropractor licence but continued to practice chiropractic. Presumably because I have cultural authority in my community people did not care whether I called myself  chiropractor or Richard.  I assume clients keep coming because I am good at what I do and word of mouth gives me the “cultural authority” others wish for. Over the years the GCC has spent in the region of $200,000 dollars trying to have my blog closed, and covering up things I have exposed. They put defamation lawyers on me. Finally they hired Private investigators to pose as patients to see if I would call myself a chiropractor so they could have me arrested. So chiropractors who claim to “treat” conditions could be asking for trouble with the regulator  if Richard Browns warnings are true, because its going to be very difficult to provide the type of “evidence” proof Simon Singh wants. I had to laugh at Richard saying “some say we owe Simon Singh a debt of gratitude, because it has made us recognise, we need to know, who we are, know what we do, and know why it works.” Now if Richard Brown did not know it then why on earth did he and Tony Metcalf sue Simon Singh and if he does not know it today why does he occupy three senior positions in the chiropractic profession.   Its nothing personal against Richard when I have met him he has been very pleasant but his rational here does seem odd.

Anyway back to the subluxation discussion, John says spinal joint dysfunction/subluxation cannot be proven by any reasonable methodology yet assures me “unequivocally the diagnosis of a grade III ankle sprain is more reliable and more valid than any person who claims to diagnose a subluxation” .

Which begs the question what evidence do you have to support such a statement. Both are examples of joint dysfunction in synovial joints one uses chiropractic terminology, the other chiropractic terminology. Your only reason for believing in one over the other can only be explained as prejudice. Anyway we have reached the point where chiropractors nail their colours to the mast and wont be moved. Fortunately its not my problem anymore I practice how I want to and good luck in your search for “cultural authority”

← The tutors at the Welsh Institute of Chiropractic were ripping off their students
Skeptics like Edzard Ernst remind me of Humpty Dumpty in their use of words.They make them up as they go along. →

14 comments for “After the Storm–what have we learned? That Richard Brown has learned nothing .”