THis is the advice the BCA is giving its members this month regarding advertising and The ASA from March the ASA CAP codes will be extended to cover on line marketing. This will come as a surprise to 700 BCA members who are being charged by the GCC with Unprofessional Conduct for infringing the ASA code.

Let me explain again Margaret Coats began using the ASA in the mid noughties trying to define the chiropractic scope of practice. The credibility of the GCC was being damaged by their chiropractors stating that chiropractic should be restricted to musculoskeletal pain syndromes, instead they began advising the ASA, and they said what was acceptable for chiropractors to do or not do. At this time they could only rule on printed material practice leaflets etc.

The GCC on the other hands could act and when Zeno and Simon Perry complained to the GCC it suited Margaret Coats to act and it suited her supporters to blame the ASA and the skeptics. These were not examples of chiropractors deliberately  misleading members of the public, or putting people at risk. The GGC should have seen the complaints for what they were “Vexatious” and did what the Osteopathic council did. Put them in the bin. 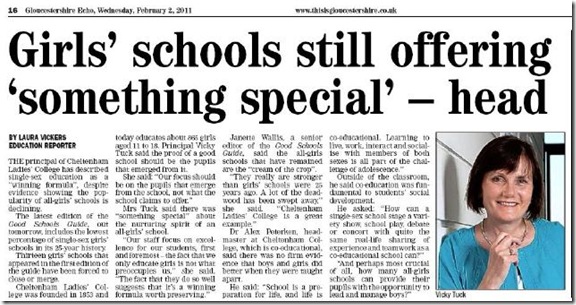 Things that are written down dont always come out as you had intended and stupid people often take offense and make a fuss. The advice the BCA provides below is good if you treat symptoms. However if you look at the history of chiropractic, it  was never meant to be a treatment for any conditions. Chiropractors assess the spine for spinal joint dysfunction/ subluxations and correct them and if all chiropractors could grasp that single idea we would not have to deal with all this rubbish about colic, sciatica etc. I correct subluxations period, Joe Blox came in with back pain it seemed to help him. So and so had a headache it seemed to help him them or not as the case may be. Why because there is a relationship between spinal joints and nerves and never irritation causes pain and stress and lowers immunity etc etc.

When all this stuff with Simon Singh started I predicted it could be good for the profession making us look at some of the shit chiropractors say (Zeno Tweeted one the other some guy explaining universal intelligence in terms of the Tsunami in Indonesia). We can be dragged down to the lowest common denominator or we can focus on what it is to be a chiropractor rather than being physios that perform spinal manipulation, trying to prove it works to people who are not interested dont care if it does or does not. Like asking a butcher to become a vegetarian.

Chiropractors must focus on what they have in common and stick together and think about how they articulate chiropractic, then and only then will the phoenix rise from the ashes created by Margaret Coats and the GCC.

If you want to advertise you treat symptoms this is the BCA advice.

Advertising and the ASA

The Advertising Standards Authority (ASA) is the UK’s independent regulator of advertising.  Under its umbrella, the Committee of Advertising Practice (CAP) and BCAP (Broadcast Committee of Advertising Practice) create codes with which advertisers should comply. The Advertising Standards Authority (ASA) investigates and adjudicates on complaints which are made to it, and monitors compliance against the codes.  Up until now, on-line marketing communications have not fallen within the remit of the ASA – however this is about to change.

With effect from March 2011, CAP codes will be extended to cover on-line marketing communications, which will include websites and social networking sites such as Facebook and Twitter

CAP Codes already cover display advertising and paid-for search advertising (For example, Google sponsored links) but, from 2011, they will cover

“Advertisements and other marketing communications by or from companies, organisations or sole traders on their own websites, or in other non-paid-for space online under their control, that are directly connected with the supply or transfer of goods, services, opportunities and gifts, or which consist of direct solicitations of donations as part of fundraising activities.”

There are exclusions which include:-

Both the new and existing CAP and BCAP Codes are there to ensure that all marketing Communications (online and print):

“Do not mislead regarding the nature of the product or service and must state significant limitations and qualifications for offers/promotions (including pricing).”

You should note this requirement:-

“Before distributing or submitting a marketing communication for publication, marketers must hold documentary evidence to prove claims that consumers are likely to regard as objective and that are capable of objective substantiation. The ASA may regard claims as misleading in the absence of adequate substantiation”

You must also bear in mind, the requirements of the General Chiropractic Council’s Code of Practice, C4 relating to Publicising your work or practice –

“You or anyone acting on your behalf must use only factually and verifiable information when publicising your work or practice.  The information must not:-

CHIROPRACTIC AND THE COMMITTEE OF ADVERTISING PRACTICE

The CAP Team has issued further guidance relating to non-broadcast advertising specifically relating to Chiropractic.  It has issued this advice following the submission of the Bronfort Report by the General Chiropractic Council in early 2010 the findings of which to date, it does endorse.  Discussions with the GCC and the ASA are on-going.  In the meantime, the revised CAP advice, applicable with effect from 1 September 2010 is reproduced below:-

Note: This advice is given by the CAP Executive about non-broadcast advertising. It does not constitute legal advice. It does not bind CAP, CAP advisory panels or the Advertising Standards Authority.

Chiropractic is a healthcare profession that focuses on diagnosis, treatment and prevention of mechanical disorders of the musculoskeletal system, with special emphasis on the spine. It emphasises manual therapy including spinal manipulation and other joint and soft-tissue manipulation, and includes exercises, and health and lifestyle counselling.

Chiropractors are regulated by statute and may therefore refer to conditions for which suitably qualified medical advice should be sought, provided they hold convincing evidence of the efficacy of their treatments.

To date, CAP accepts that chiropractors may claim to treat these conditions:

(NB: this advice was updated following a review of evidence conducted in September 2010):

In line with the review of evidence conducted in September 2010, chiropractors are advised to avoid referencing the following conditions unless they hold suitable evidence.

The BCA recognises that this advice differs in some respects from the recommendations and the evidence produced in the Bronfort Report which was commissioned by the GCC.

To avoid any difficulties in the current climate, members are advised to develop their website/advertising/promotional materials in line with Bronfort and then consult the Copy Advice Team (CAP) of the Advertising Standards Authority which provides a free advice service so you can then check any claims you plan to make in advertisements or in practice leaflets against the advertising codes With effect from March 2011, they will be able to advise on the content of websites.  The CAP Team can be contacted at advice@cap.org.uk or on Tel: 0207 492 2100, Monday to Friday from 9.00am until 6.00pm.

← ASA states you dont have to be a skeptic to be a scientist
Chiropractic vs. Medicine for Acute LBP: No Contest. What a surprise. →

5 comments for “If you are going to treat symptoms this is the British Chiropractic Associations advice on complying with ASA code. If you correct vertebral subluxations its irrelevant.”