I  was elected onto the UK chiropractic regulators council  in May 2007 with a large mandate from the chiropractic profession based on the slogan “The General Chiropractic Council is Not fit for Purpose”. The current GCC chairman Peter Dixon came last in the poll, yet  for reasons which were never made clear stayed on as chairman, and spend the duration of my time on council trying to get me to apologise to the GCC chief executive Margaret Coats for calling her a bully, for being economical with the truth and dereliction of duty, as the line manager to Greg Price her deputy who had posted derogatory and obscene messages about registered chiropractors on the internet. (Even Priminister Gordon Brown apolog 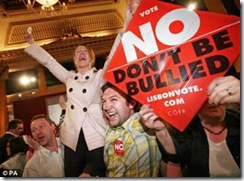 ised for this kind of behaviour at No 10), at the GCC Coats did every thing she could to burry it.

Before I was elected onto the General Chiropractic Council, I made no secret of my opinion that Coats was unsuitable to performs the duty of Chief Executive of the GCC, the biggest ever survey of the UK chiropractic profession supported my view and showed that 77% of registered chiropractors had no confidence in the GCC, this lack of confidence was reciprocated by the Chiropractic Patients Association.

A few GCC jobs worths led by Peter Dixon were terrified that Margaret Coats would sue the GCC for constructive dismissal after my election to the council, then in March 2008 things came to a head. Acting as the prosecutor GCC chairman Peter Dixon called a special general council meeting regarding my conduct on council. Then in a way any autocratic dictator would be proud of Peter acted as judge at the hearing and was able to vote on the jury in his “Kangeroo court”. Thirteen of the 20 council members voted to have me removed from the board of the general chiropractic council. During my time on council I kept a diary with my observations on how the GCC functions and my expulsion for whistle blowing the activities of former deputy Registrar Greg Price and the GCC cover up.

Many chiropractors remain on the register for the simple reason that registered chiropractors do not have to pay 17.5% Tax on their income and that is their choice but I could not bring myself to help sustain this incompetent organisation any longer which was akin to turkeys paying for Christmas. Resigning from the chiropractic register means, I can no longer call myself a chiropractor in the UK. However unlike 40% of the GCC registered chiropractors I can call myself a chiropractor in any other country and I have a practise in Ireland as well as the UK.The GCC is probably the only chiropractic board in the world that would have a physiotherapist chair its education standards committee which I believe is a major step towards the medicalisation of chiropractic in the UK, similar to what has happened to ostepaths in the US.

The blog is indexed into “categories” that best describe what I am writing about. The postings then appear in chronological order on the page. “Tags” refer to people and subjects that are being written about and may produce postings from a variety of categories. The Home page carries posting that are of interest and receive most readers.  The blog will also look at befefits of chiropractic treatment and compare the risks to standard medical treatment which registered chiropractors are not allowed to do as it is seen as “criticising another health professional.

When I refer to another posting or article usually it links to that article, some links on the site may not work and I would apprecite being told in the “comments”. Having resigned from the register, I am out of ther loop and rely on chiropractors to provide me with information on what the leadership is telling you, I compare and contrast and we figure out who is not being truthfull. Some may say its not good to wash our laundry in public, for ten years I have tried to do it privatly but some people will do anything to cling to power.

Prosecutions and persecutions were part of the occupational career outlook for newly graduated chiropractors in years before World War I. For more than a decade, California was the battleground. “Nowhere was the conflict with the medical authorities more intense, nor the prosecution of chiropractors pursued with more relentless policy” wrote a chiropractic historian in 1931. “Attacked on all sides weakened by defection within the ranks and with hundreds sent to prison, only an appeal to the public through the launching of an initiative petition finally won success”. (Chiropractic an Illustrated History, Mosby)

Picture of Dr B. Franklin Lear of Warren, Ohio who was jailed for practicing chiropractic in 1913. In 2008 UK chiropractors are again working in fear.I

On Monday 3rd March 2008 at an Extraordinary Meeting of the GCC a resolution by the GCC chairman Peter Dixon to have Richard removed from council was passed by 13 of the 20 council members. This method of intimidating GCC Council members to tow the “management” line had been used three times before on Council members Dana Greene, Kevin Grant and Kevin Proudman. Each time lawyers for the chiropractic council member accused, pointed out the process being used to remove the chiropractor was contrary to “natural justice” and the Human Rights Act  and as a result the chairman’s efforts to remove the dissident failed.

At this EM, Richard Lanigan was prevented from having his solicitor present at the hearing. Peter Dixon, the GCC Chairman, called the meeting, proposed the resolution for Richard’s removal, collected the evidence, and chaired the hearing. He refused to disclose information that would have helped Richards defence and then voted against Richard in the knowledge that judicial review is costly and the GCC has very deep pockets. Not surprisingly, Peter Dixon also refused to record the hearing. Anyone who thinks this could not happen to them should speak to some of the many chiropractors who have experienced GCC due process, the like of which one would expect in Robert Mugabe’s Zimbabwe .

The GCC has published the reasons for Richard’s removal from council which were:”Disclosure to another person who is not a member of the Council, without the consent of the Council, information which was known to Mr Lanigan in confidence by reason of his membership of the Council; and/or Acting contrary to the best interests of the Council”. In fact Richard had become a whistleblower informing the presidents of the chiropractic associations, the Department of Health and the Council for Health Regulatory Excelence about the dereliction of duty of the regulator of chiropractic. Regulatory incompetence has become very familiar theme recently particularly in relation to the banks. 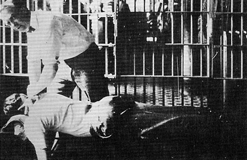 Having raised his concerns a number of times with GCC chairman Peter Dixon and  being given assurances, Richard failed to get any of his concerns on a GCC meeting agenda for discussion, it was then he decided to contact the professional associations. Richard told the Council at his hearing that he could no longer subscribe to the principle of collective responsibility of a Council which seems to have decided that statutory self-regulation is the end which justifies looking the other way, when the means being used to regulate are questionable and may bring the profession into disrepute.

An example of these concerns was when GCC executive officer  (who on occasions had assumed the responsibilities of the GCC registrar) Greg Price had to resign in 2006 for posting derogatory comments about registered Chiropractors on the internet, he was reported to the police, yet the GCC refused to acknowledge their mistakes or apologise to the chiropractic profession for the actions of this rogue employee. They refuse to explain why they helped cover his tracks when he began work at another regulatory body or conduct an independent investigation to see if Mr Price had prejudiced any of the cases brought against chiropractors of the ilk he had disparaged on the internet. Peter Dixon even went so far as denying that a police investigation had ever taken place.

The GCC  ignored the  criticism coming from the vast majority of the profession, former members of council and even the Chiropractic Patients Association (CPA) who represent the very people the GCC have a statutory duty to protect, yet they have endorsed the findings of the 2006 Bankside Law survey. Peter Dixon the GCC chairman called the survey “questionable”, nevertheless showed no desire to perform another survey to disprove the Bankside Law findings. Some council members are of the view that its “normal” for the regulator and its Chief Executive to be so unpopular. It may also be normal for the regulator to be incompetent and do everything bin its power to cover up its in competencies.

The medical regulator The General Medical Council has been used to quieten dissenters to vaccination in its own ranks namely Drs Jayne Donegan and Peter Mansfield who questioned the benefits of the Governments vaccination programme so we are not assuming that this problem is unique to chiropractic, nor are we saying that all chiropractic is good and medicne is bad. Sensible people would want to be taken to a hospital and looked after by competent medically trained staff if they bet run over by a bus and they dont want chiropractors who have done a weekend course in prescribing treating their back pain because they are cheaper than consultants. Neither do the public want pharmaceutial executives whoes first responsibility is to their shareholders having any say or influence on their treatment plan or politicians who by enlarge want to keep taxes down rather than invest in infrastructure to facilitate the promotion of health and wellbeing as the health service does in Cuba. To this end we will be bringing in a whole range of subjects and inviting other people to write about theior experience on this blog.