Research in rats suggests that stimulating the vagus nerve could help stop persistent ringing in the ears. Question for lover of science is would the stimulation of mechano receptors in the spinal joints of the cervical spine or pelvis have an affect on afferent impulses of the Vagus nerve.

This is in todays Guardian by Sean Michaels 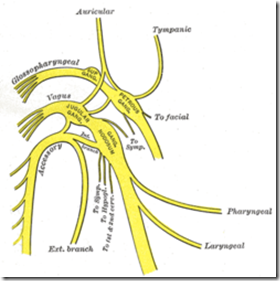 Ringing the changes … Scientists may have found tinnitus cure.

American scientists claim to have developed a cure for tinnitus, a condition that causes incessant ringing in the ears. Researchers have found that by stimulating the part of the brain that causes the disorder they were able to make the ringing go away – at least for, er, rats.

According to a study published in Neuron earlier this month tinnitus is not just the result of damage or obstruction in the ear – it is brought on by the brain, which overcompensates for lost hearing. After brain scans of 22 people at Georgetown University in Washington DC, 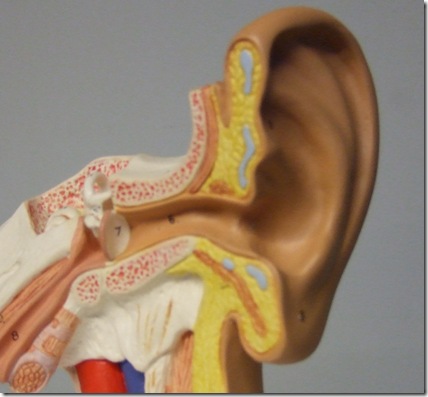 scientists found that tinnitus occurs when one part of the brain tries to produce sounds to replace missing frequencies, and another fails to stop the unwanted sound – ringing – from reaching the auditory cortex.

In a separate paper, published last week in Nature, scientists at the University of Texas at Dallas experimented with rats, "resetting" their brains by stimulating a major cranial nerve, called the vagus. "Unlike previous treatments, we’re not masking the tinnitus, we’re not hiding the tinnitus," co-author Michael Kilgard told AFP. "We are eliminating the source of the tinnitus."

Kilgard and his colleagues electrically stimulated the vagus nerve in rats, which runs from the brain’s medulla to the abdomen. This releases chemicals such as acetylcholine and norepinephrine, which can encourage changes in the brain. By pairing the stimulation with a high-pitched tone, the scientists were apparently able to halt the rats’ tinnitus for more than three months.

Around one in 10 British adults suffers from tinnitus, which can be provoked by numerous sources – including listening to loud music. In the United States, there are 23m sufferers. These include 40% of military veterans, which requires the government to spend around $1bn in payments to tinnitus sufferers each year.

According to the lead author of the Dallas study, Dr Navzer Engineer, human trials will begin in Europe "in the coming months".

← Skeptics do more to “promote” chiropractic than most chiropractors do.
Prescribing is not an exact science and the chiropractic profession should stay well away from it. →

10 comments for “In 1895 Harvey Lillard had his hearing improved after a spinal adjustment by DD Palmer, scientists may be closer to understanding the mechanism.”