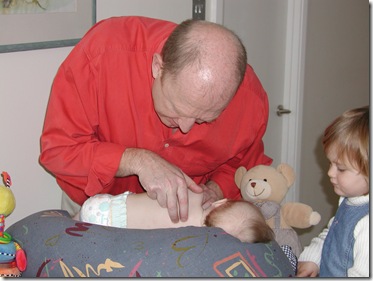 MEDICAL experts have called on Canberra to shut down a university chiropractic clinic aimed at children amid claims the theories behind the practice are "no better than witchcraft" and using it on children is akin to child abuse.

More than half a dozen experts, many of them professors with international reputations, have written to voice concerns about the clinic at Melbourne’s RMIT University, warning that chiropractic treatments for children’s conditions are useless, at best, and "may well cause serious harm".

Authorities such as cervical cancer vaccine inventor Ian Frazer, evidence-based medicines expert Chris del Mar and prominent clinician John Dwyer are among those who have backed the concerns.

Their interventions were made in support of a document sent to federal Health Minister Nicola Roxon by a Queensland resident, Loretta Marron, a long-standing campaigner for rational and evidence-based healthcare and regulation

Professor Frazer wrote to Ms Roxon saying that therapies lacking evidence of effectiveness "should not be promoted or permitted to be delivered to those who are not able to judge for themselves whether they wish to receive them" but refrained from mentioning the RMIT clinic.

Other experts were more critical, with Professor Dwyer asking Ms Roxon to step in to "protect vulnerable babies and mothers from dangerous unscientific practices".

Ms Marron’s submission said at least one chiropractor working at the RMIT clinic claimed on their private-practice website to be able to treat a range of conditions, including "allergies, asthma, ‘growing pains’, headaches, ADD and ADHD", despite there being "no evidence that chiropractic works any better than placebo for these health conditions".

The submission also quoted David Colquhoun, a professor of pharmacology at University College London, that the "principles of chiropractics are no better than witchcraft" and the "idea that just about any disease originates from some problem in the spine is pure rubbish".

Ms Marron told The Australian she felt "ashamed that our universities, once deemed to be pillars of excellence and enlightenment, are letting the bean-counters who run them sell off their reputations for considerable profit by actively embracing subjects no better than witchcraft and voodoo".

← Allowing chiropractors in New Mexico to prescribe will be nothing more than using chiropractic as cheap labour in a state short of Medical Doctors
Why should anyone believe what Professor Edzard Ernst says, after he put his name to a BBC programme, he now describes as “deception”. →

42 comments for “The Chiropractic profession needs to get its act together and establish a consensus view of chiropractic and promote spinal joint care.”