We all laughed five years ago when Terry Rondberg came to the UK and described the GCCs Code of Practice and Standards of Proficiency as “Chiropractic Pornography”. GCC members Kevin Proudman and Matt Flanagan were censured by GCC for not standing up for Margaret Coats as she defended the GCC, which admittedly had a little bit more credibility that it has to day. (Only 77% of the profession had no confidence  in the regulator back then.

Rondberg predicted Armageddon and stated that it was the UK profession that need protecting no one listened to Rondberg because he is at one  extreme of the profession on the other hand he may understand the mentality of those who take an extreme view. BCA president of the time Barrie Lewis described him as coming from the dark side. It was also surprising when GCC deputy registrar Greg Price would defame Rondberg on anti chiropractic websites using the pseudonym Cognito.

For years now I have been trying to get chiropractors to sit up and see where the GCC/BCA alliance is taking the profession. The BCA/GCC suits told them I was a nutter and the UK  profession was better off without me after I resigned from the GCC register.

Bill Estebs posting is titled RCTs and the Cult of Scientism 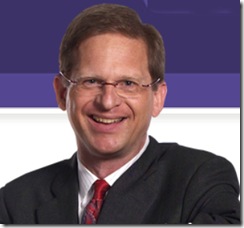 If you’ve had your head down helping patients, you may not be aware of a dangerous trend taking place in the United Kingdom. There, under the heavy hand of the General Chiropractic Council (GCC) regulatory body, many chiropractors are discovering that they cannot promote chiropractic for any health problem other than those proven by randomized clinical trials (RCT).

In other words, the fact that subluxated, colicky babies often respond to chiropractic care cannot be mentioned because there aren’t any RCTs of sufficient quality to “prove” that chiropractic care administered to infants with subluxations has any effect. So, ignore the countless personal experiences you and other chiropractors have had with subluxated bedwetters, asthma sufferers, those oppressed with PMS or other conditions. Ignore the firsthand evidence that you’ve experienced with your own eyes and hands. If there’s no RCT to support your experience, you’d better not be mentioning that to patients or posting it on your website!

Apparently, it’s this clarity, made possible by ignoring millions of cases, that makes so-called “evidenced based chiropractic” so safe and appealing.

You might be curious to know what health complaints have passed muster and have enough “proof” that chiropractic is helpful:

The latest proclamation from this governing body is that there is no RCT, or as they put it, “Evidence of the Highest Standard” for the “involvement of the Vertebral Subluxation Complex in health concerns.”

In other words, this subluxation thing you’ve based your practice and patient explanations on? No proof. Chiropractors treat only biomechanical spinal joint dysfunction and there’s no proof that doing so has any effect on whole body health peripheral to the spinal column. There’s just no proof that organic and visceral health issues can be affected by spinal biomechanics.

Poor Dr. Joseph Flesia, who devoted the last 20 years of his life to the scientific evidence confirming the Vertebral Subluxation Complex, must be rolling in his grave.

Just how does a regulatory body reduce chiropractic to such a purely mechanistic modality? By consulting its “Education Committee,” chaired by a physiotherapist and consisting of a medical doctor and representatives from the two, so-called “chiropractic” colleges in the UK. Based on the anti-chiropractic sentiment of the committee members and the mechanistic nature of the curriculum of both colleges, the following advice was handed up to GCC:

• The chiropractic vertebral subluxation complex is taught only as an historical concept
• There is no clinical research base to support the belief that it is the cause of disease or health concerns.

This self-referential way of seeing reality is breathtaking in its ignorance and bias. Or as B. J. Palmer observed, “Many have the eyesight of a hawk, but the vision of a clam.”

Naturally, I could go on. Oh, lets! For the chiropractic-is-just-a-placebo crowd:

Something happens! And thousands of chiropractors and hundreds of thousands of chiropractic patients (probably millions) can attest that something happens. Something that doesn’t interest pharmaceutical companies who fund most of the RCTs held as the gold standard! Something that seems largely positive, worthwhile, pretty much side-effect-free and for many, so valuable and beneficial they willingly pay cash for the opportunity to experience it.

I’m guessing that hardened skeptics imagine that busy, vitalistic chiropractors are that way due to brilliant salesmanship. Or the use of scare tactics or some other manipulative tactic to coerce stupid, dim-witted patients to interrupt their busy lives to periodically visit their chiropractor and pay for ineffective care.

And let’s not forget the slur that VSC is merely a quaint historical concept. In case the regulatory agencies in the UK forgot, the profession of chiropractic is based on the innate self-healing qualities of living things, mediated by the nervous system. If you want to pervert it into something that better fits your model of the universe, create your own profession and call it something else. Sure, you may be embarrassed by the flamboyant peccadilloes of the Palmers or its metaphysical aspects, but the fact remains, from its very beginning chiropractic has always been about whole body health. And if things that are “old” are so bad, keep in mind that your precious RCT was first used in 1025 AD to test the efficacy of drugs and other substances. A thousand years later, using RCTs to test chiropractic procedures is like using a breathalyzer to test someone’s blood pressure.

If the motive for using the blunt instrument of advertising regulations to punish chiropractors were because patient after patient was complaining to regulatory boards after having been snookered, misled and abused, I’d be compelled to look past the volitional aspect of the doctor/patient relationship and be first in line to protect the public. But that doesn’t seem to be the case here. Instead, it appears to be just another example of the jealous (“My practice would be successful if those infant-treating chiropractors would just toe the line!”) or the pious (“I’d be busier if those other chiropractors would just stop bringing down the reputation of this profession!”) chiropractor with the time and interest to condemn their busier brethren.

It must be especially satisfying to protect the public from greedy, predatory chiropractors who prey on the sick and hopeless. Simultaneously, for someone so enlightened, it must be confusing to see such high levels of patient satisfaction from a healing art that is unscientific, cultish and simply unproven quackery. It’s ironic that this arrogance, combined with a dollop of self-righteousness, obscures the overwhelming evidence to the contrary—RCT or not.

← De ja vue, every 20 years chiropractors do this to themselves.
According to BCA president Richard Brown the General Chiropractic Council is a “cracking success”, Zeno is still not convinced →

13 comments for “At long last, the damage the General Chiropractic Council and BCA alliance is doing to the profession, is being recognised internationally.”