The “Nightingale Collaboration” is up in arms because no charges were brought against pharmacists who recommended homeopathy as a protection against malaria. Having seen the Newsnight programme I would say they have a point. However what will be interesting is when they try to make the comparison with chiropractic and the evidence debate gets rehashed.

I am not anti Vaccine, I am “skeptical” about the health claims being made on their behalf. People who live in the developing world dont take malaria medication every day, by the same token anyone who goes travelling in the third world relying purely on homeopathy to protect them from mosquitoes is a fool. I have travelled all over the developing world and never took anything. My advice to people who go to areas of where malaria is prevalent is, dont get bitten by mosies and if you do make sure you have access to medical treatment.

When all of Alan Hennes complaints  have been heard by the PCC, I have no doubt the Nightingale Collaboration will finally come out and state publicly the GCC is not fit for purpose, paradoxically for a completely different reason than mine, they will say the chiropractic regulator protects its own, the fact is they are just using Margaret Coats totalitarian regime for a bit of “Moron Baiting”. They dont even have to attend hearings or produce witnesses to back up their complaints.

I can see Peter Dixon and Margaret Coats shouting at members of the PCC while the legal assessor is at the toilet.“You have to find some of the bastards guilty of Unprofessional Conduct” . They will have to throw the dogs a few bones sooner or later just pray you are not the unlucky ones.

If the hearing had been public the complaints would have been seen for what they are “moron baiting”, Alan Hennes and The GCC chief executive would have been cross-examined and their testimony would be in the transcript. They were let off the hook because the GCC does not have £10,000,000 to prosecute these cases so the profession will have suffer more in the comming years.

Now all the complaints are being dismissed and vanishing from the GCC website so theoretically as far as the media and  bigots are concerned the complaints could have been about chiropractors giving bad advice on malaria. Its painful to watch the people who lead my profession chasing their tails, and being ridiculed by people with too much spare time on their hands. 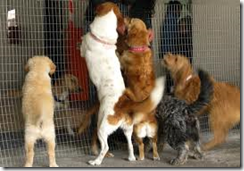 Below is the BBC news article

Officials have dropped charges against pharmacies alleged to have advised people to take homeopathic remedies to protect them against malaria instead of anti-malarial drugs.

The General Pharmaceutical Council’s decision has been described as "shabby and irresponsible" by some who helped bring the case against the pharmacies.

Charges were bought after an undercover investigation by campaigning group Sense about Science and BBC Newsnight.

Speaking about the latest decision, Tracey Brown, director of Sense about Science said "we may as well have no regulation of pharmacists at all".

It comes days after the Royal Pharmaceutical Society said they were "shocked" that one of the pharmacies involved, Ainsworths in London, is still suggesting taking homoeopathic remedies to prevent serious diseases such as typhoid, polio and malaria instead of proven drugs and vaccinations.

The 2006 undercover investigation showed that homeopathic pharmacies were recommending sugar pills which include no active ingredients instead of drugs and vaccinations for travellers to countries where malaria is endemic.

At the time the head of the Royal London Homeopathic Hospital Dr Peter Fisher told Newsnight "there is absolutely no reason to think that homeopathy works to prevent malaria… people may even die of malaria if they follow this advice".

The government’s Chief Scientist, Professor Sir John Beddington, recently told BBC News that "there is no scientific evidence to indicate that homeopathic remedies are efficacious and the fundamental underpinning of homeopathy seems to me to be scientific nonsense".

The pharmacists from three practices including Ainsworths were set to face fitness to practice hearings which could have resulted in them being struck off or other penalties.

Now the General Pharmaceutical Council (GPhC) has written to Sense about Science to say that it has dropped the action. It gives two reasons.

First the GPhC says that Ainsworths’ pharmacist Anthony Pinkus has taken "remedial action" to prevent what happened in 2006 ever happening ever again.

However last week Newsnight showed a leaflet they were given by the pharmacy in 2010 to the Royal Pharmaceutical Society (RPS).

The leaflet advertised Ainsworths’ homeopathic remedies for serious diseases and said there was anecdotal evidence that they were a successful treatment.

The RPS said: "We would be very concerned if a patient took a homeopathic preparation to travel to an area where there may be yellow fever, typhoid, malaria, believing they were safe when in fact they wouldn’t be safe".

The second point the GPhC makes is that the allegation about Ainsworths "would fall below the current threshold criteria for referral to the investigating committee".

The test is now whether a pharmacist is being "reckless with the safety and wellbeing of others".

Ms Brown from Sense about Science says that if the regulator doesn’t think "continuing to market useless homeopathic travel ‘vaccinations’ for diphtheria, malaria, polio, typhoid and encephalitis" and potentially putting lives at risk is not reckless then there’s little point having regulation.

Former Liberal Democrat science spokesman Evan Harris, who is now the director of the Campaign for Evidence Based Policy, said that it was "hard to imagine cases where so many professional standards had been breached".

"If a doctor or a nurse had done this their respective professional bodies would have instigated a full investigation for professional misconduct," he told BBC News.

Dr Simon Singh, who writes critically of some so-called alternative medicine, said: "The evidence was served to the GPhC on a plate. I am shocked that as a regulatory body it would ignore its responsibility to protect patients."

The Nightingale Collaboration, which campaigns for evidence-based medicine, will submit a new complaint to the General Pharmaceutical Council on the basis of last week’s Newsnight report.

Its director Alan Henness said: "This is a disgraceful state of affairs.

"Statutory regulation is there to protect the public. By taking so long to investigate and by dropping these complaints, the GPhC cannot be seen to be fulfilling this vital role."

The GPhC said that in the cases it investigated it did not consider that the individuals’ fitness for registration was "impaired such that it ought to be removed or restricted".

"Although the cases are now closed," it told BBC News "the information gathered as part of the (recent Newsnight) investigation including the original complaint may be taken into account if we receive any further complaints about the pharmacy professional in the future."

BBC News contacted Ainsworths for a response. A spokesman said: "We do not make comments to the media."

← Any nutter can make a complaint to a regulator, its the idiots who act on vexatious complaints you have to wonder about.
Skeptics do more to “promote” chiropractic than most chiropractors do. →

1 comment for “Sooner or later the General Chiropractic Council will have to give the dogs a few bones.”