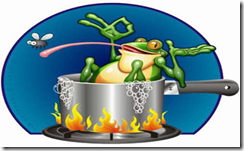 Revalidation is process which all health regulators are required to put in place to assure the public that doctors are up-to-date and complying with medical professional standards. Every five years throughout your professional life they will be this reassessment.

In the paper produced by the Department of Health in November 2008 they indicated that regulators must present a robust business plan demonstrating the benefits which will accrue from revalidation and the GCC have decided the best person to do this is David Byfield and the Welsh Institute of Chiropractic in Glamorgan. The DOH produced guidelines for revalidation.

“Principle 10 (Demonstrating Benefits – effective in confirming fitness to practise) The structures and processes surrounding revalidation should knit together in a coherent, unbureaucratic and proportionate manner to ensure that resources invested yield valid and reliable outcomes together with the anticipated benefits to service users and health professionals”.[1]

In January 2010 the GCC produced a draft document  to present to the profession. The paper had been put together with the help of economics consultants) and  was supposed to present a robust business case demonstrating the benefits which would come to chiropractic patients  by introducing revalidation.The table below indicates the “estimated” savings made by  British patients of chiropractors.

This chart gives an indication of the mind set of the visionaries planning the future of chiropractic in the UK. I guess to make the case for regulation chiropractic must be dangerous however  I have no idea As the way that these figures were developed.

How on earth could the regulator have tried to present such wildly inaccurate calculations in support of revalidation? The answer maybe that  elements within the GCC will use revalidation as a tool to medicalise chiropractic.

In putting revalidation out for tender this is how the GCC expressed its requirement “GCC decided at a very early stage of its thinking that it needed to develop a quality assured infrastructure for delivery of the revalidation scheme, to stand in place of the managed environment of the NHS and independent/voluntary sectors in which significant numbers of other regulated health professionals practise”.

The four UK professional associations supported the bid of the College Of Chiropractors for the revalidation contract, the GCC panel consisting of Grahame Pope (a Physiotherapist), Ian Dingwall ( a chiropractor) Paul Ghuman (Margaret Coats Gofor)and Margaret Coats, gave the contract to David Byfield as they did with the Test of Competency.

Below is the method and logic the GCC are using to justify revalidation. If revalidation goes through  it will be onerous expensive and ultimately unworkable. It will be the ordinary chiropractors in practice who will bear the brunt of this and the expense.

Without the intervention of the SCA and UCA  the original figures would have passed almost without notice. However Chiropractors have to face up to the fact their registration fees are going to fund this crap and they may not wish to be led to the GCCs medical utopia.

Question 11 of the survey we sent to chiropractors asked registrants to state what proportion of their patients could have had a better outcome if their care had been managed and/or implemented differently. It was emphasised that zero was an acceptable response.

The central estimate of loss due to sub-optimality is based on the survey responses that, on average, 4.15 per cent of patients experience a sub-optimal outcome. Of course, we do not assume that the statistic calculated from survey responses is completely accurate — all surveys with a response rate below 100 per cent are subject to some potential inaccuracy, and there is always a possibility that some individual replies may not be entirely correct. Therefore, in addition to calculating QALYs lost based on an estimate of 4.15 per cent of patients experiencing sub-optimal outcomes we will also utilise upper-bound and lower-bound estimates. As discussed with the Expert Group, the central estimate of the proportion of patients experiencing sub-optimal outcomes will be adjusted upwards and downwards by 10 per cent to give an upper bound of 4.565 per cent and a lower bound of 3.735 per cent.

To quantify the impact of a sub-optimal outcome, we first use the results of the UK BEAM trial to estimate the pre-treatment EQ-5D score of chiropractic patients.

To estimate the loss suffered by these patients as a result of the sub-optimal outcome it is necessary to know the gain that could have been made had their care been optimal. For the purposes of quantification we assume that patients experiencing a sub-optimal outcome still derive some benefit of their chiropractic care, but that this benefit is lower than it would otherwise have been. In particular, we assume that patients experience a QALY gain equal to that which would be achieved through best care in general practice, but that they do not obtain the ‘added value’ experienced by most patients that receive chiropractic care. Hence, we assume the QALYs lost through the sub-optimal outcome is equal to the difference between QALYs gained by the group which received best care in general practice in the UK BEAM trial and the group that received a package of care which included spinal manipulation and exercise.

It is also necessary to have an estimate of the typical amount of time over which a patient would experience a sub-optimal outcome. We fully acknowledge that some sub-optimal outcomes could be experienced for short periods (for example if a patient receiving symptomatic care visits their chiropractor the following week and the chiropractor resolves the issue) whilst others could be experienced for far longer (for example if the sub-optimality is ‘hidden’ to both chiropractor and patient). However, the Revalidation Working Group agreed that, for the purposes of this work, it would be reasonable to assume that the sub-optimality is typically experienced by the patient for a period of one month (i.e. 0.083 of a year).

Given the estimate derived above that 4.15 per cent of patients might experience a sub-optimal outcome, in 2009 the central estimate of QALYs lost as a result of this event is:

*Percentage of patients with a sub-optimal outcome (4.15%)

*Missed improvement in QALYs through sub-optimality (0.051)

Using the lower bound estimate of the proportion of patients that experience a sub-optimal outcome, the number of QALYs lost is 159. Using the upper bound, the figure is 194 QALYs lost.

Using the lower estimate of the duration of sub-optimality discussed above, the number of QALYs lost is 81. Using the higher figure, the figure is 245 QALYs lost.

NICE does not have a threshold or a cut off point above which no treatment will be approved and has been clear that this is not the case. Each treatment is considered on a case-by-case basis. Generally, however, if a treatment costs more than £20,000-30,000 per QALY, then it would not be considered cost effective. Consequently, the following estimates of the monetised value of adverse events and sub-optimal outcomes in chiropractic are based on a value of £30,000 per QALY.

Based on these assumptions, the central estimate of the annual monetised QALY cost of sub-optimal outcomes rises from £5.46m in 2010 to £7.12m in 2019. The present value of the cost of this risk over 10 years, calculated with a real discount rate of 3.5 per cent, is approximately £51.86m.

← Just goes to show how little Professor Edzard Ernst knows about chiropractic
Surely the Danes did not leave the European Chiropractic Union because of General Chiropractic Council chairman Peter Dixon ? →

13 comments for “Revalidation; the stick the General Chiropractic Council will use to beat traditional chiropractors with”