The results of the first 18 Professional Conduct Committee Hearings have been posted on the GCC website (Below the chiropractor who talked to his patient in his car). The Investigating Committee decided these people had a case to answer and the  the PCC looked at the complaint and dismissed them all. Only 680 to go.

Now You might take the view that the PCC decision shows regulation works, however very few of my grips with the GCC are due to PCC decisions. In fact when I was elected to council  the 5 people who nominated me all had their complaints dismissed by the PCC. The Problem is that Margaret Coats insisted on a different legal interpretation of the Chiropractic Act than the Osteopaths ( accepted by a majority of GCC  in 2007, ) therefore the Investigating Committee has no choice but to send these cases forward to the PCC. The investigating committee of the Osteopathic council would have seen that the likelihood of these case amounting to unprofessional conduct was nil and would have dismissed these complaints.

Myself, Marc Cashley, Graham Heale, Kevin Grant, Karl Lago were part of a working committee set up to review the complaints process and it was obvious the main problem was what happened in Coats office after the complaint was made. Now we know these people have been actively soliciting extra complaints from Zeno, have threatened other complainants with legal action and a fine of £5,000 for failure to testify against a chiropractor. The regulator solicits and encourages people to make complaints against chiropractors, its as simple as that. Now they are also telling chiropractors who want to leave the register they will be forced to stay on and pay the £1,000 registration fees (my next posting) until these hearing are concluded.

By having these hearing in Private it will fail to highlight the role Margaret Coats has in soliciting complaints and formulating the complaint for presentation to the Investigating Comitee so the chiropractor has a case to answer. Of course I am delighted for these chiropractors and the decision highlights the importance of the Legal Assessor who will protect the right of those who chose a public hearing and bleed the GCC coffers.

I have posted the GCC decision on  Gareth Rhys who was the first chiropractor ever who had Coats go after him back in 2000. It was a terrible time for him and his partner Lone.  Coats was not able to find one expert who had a bad word to say about Gareth and the complaint  was dismissed.

I notice Lone was among the 18 complaints dismissed. Another first for Gareth a Husband nad Wife double complaint if it had been a public hearing they could have presented their case like the TV programme Mr & Mrs which might have given some credibility to the proceedings. (Al l 4 pages are there just scrolling down) 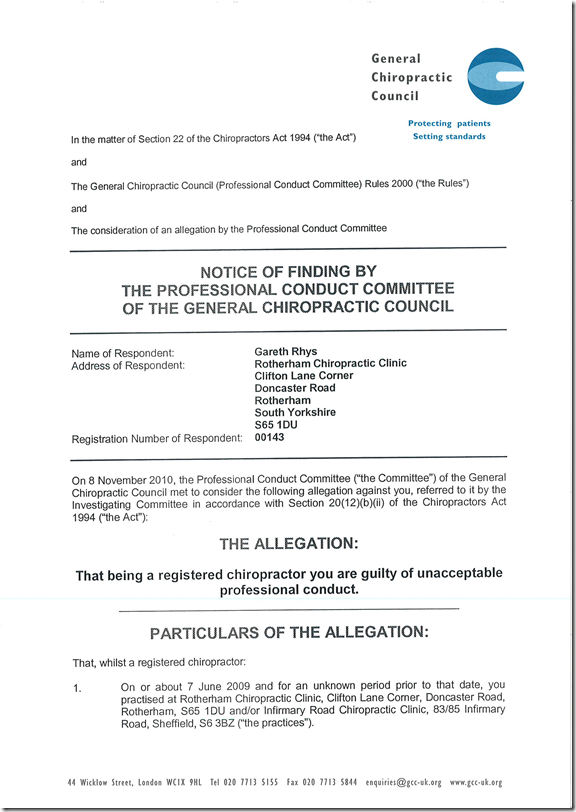 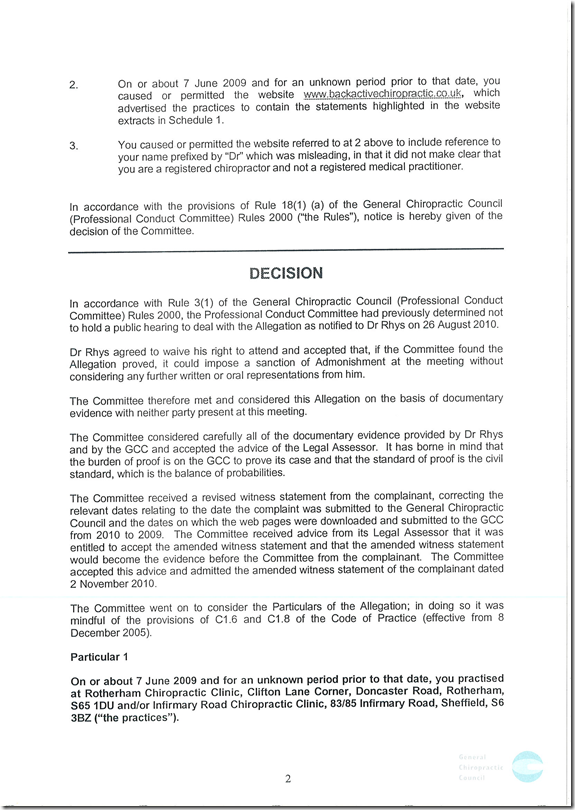 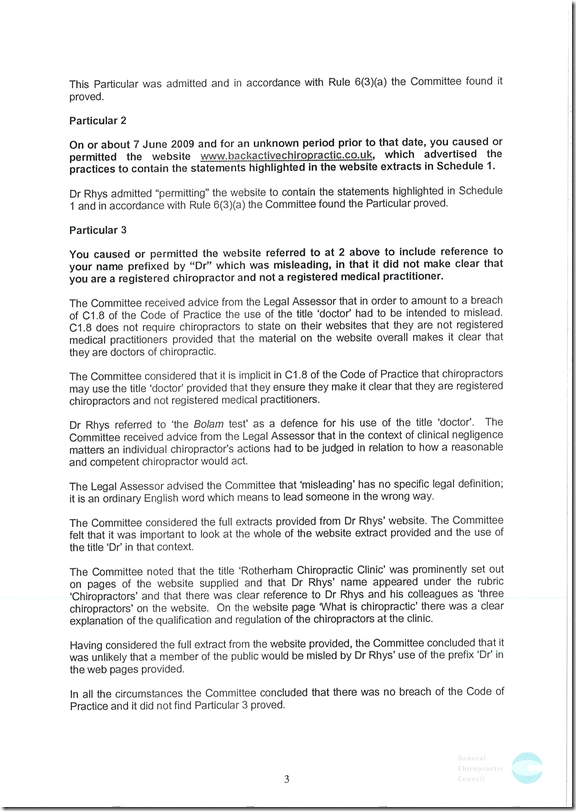 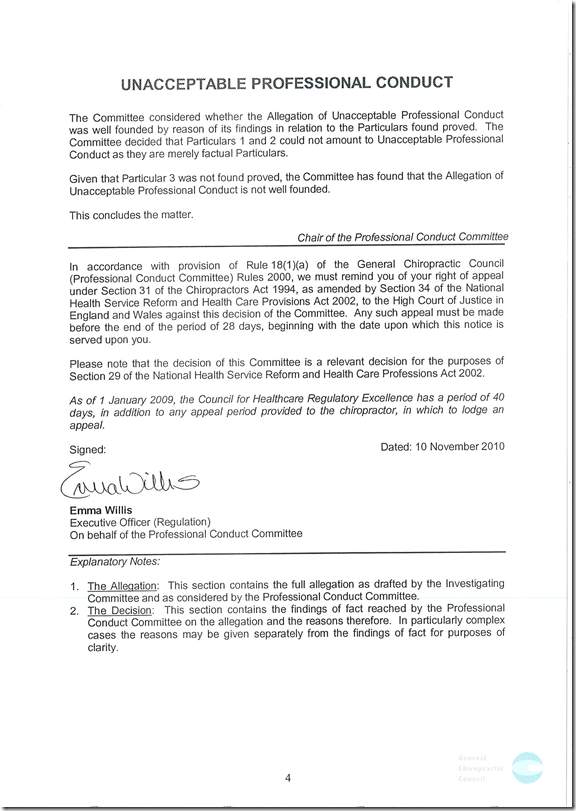 ← If Peter Dixon cares about the chiropractic profession as he claims, he should go now and take Coats with him or risk Self Regulation for chiropractors.
Being kind and friendly helps patients get better. →

26 comments for “PCC find 18 chiropractors not guilty of trying to mislead the public into thinking they were medical doctors. 680 to go.”