Who remembers the BCA propaganda newsletter the “Chiropractic News” Let me start with November 4th 2004. The day the BCA sold out their members for cheap insurance, as a result  BCA members are not covered for the legal costs of skeptic complaints, interprofessional disputes, the fury of scorned girlfriends and wives etc etc. Those who stayed with MIA and left the BCA are covered. I am trying to think of something I have been wrong about, oh yes I told Rod McMillan to trust Peter Dixon. 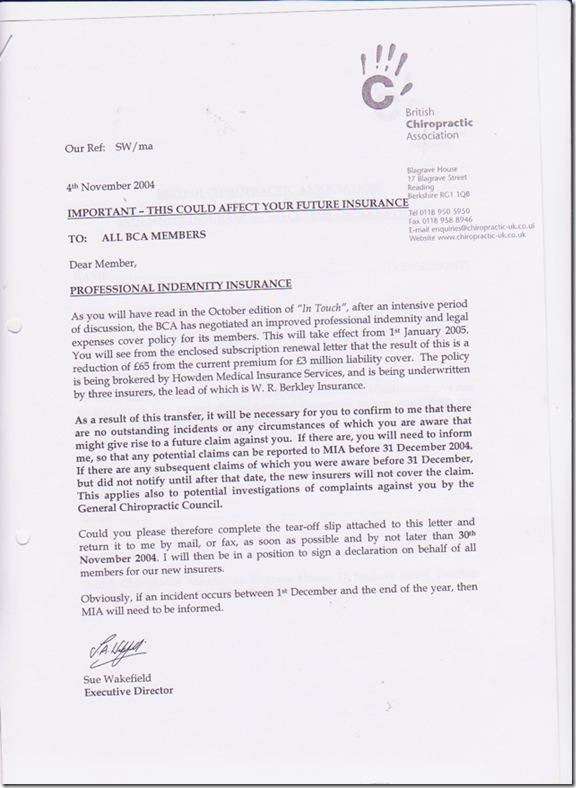 The irony of this is that in November 2004 the BCA was putting out the rumour that the UCA and SCA could not insure their members. This was also around the time the BCA made 80 complaints against the UCA executive. Note the comment in bold “The BCA has brokered a a deal which has reduced its members individual premium by around £65 per head” . MIAs insurance was still £20 cheaper for better coverage. The BCA then complained to the FSA because MIA contacted BCA members directly telling them their package was better and MIA had their wrists slapped and why despite numerous invitations they refuse to gloat on the blog. 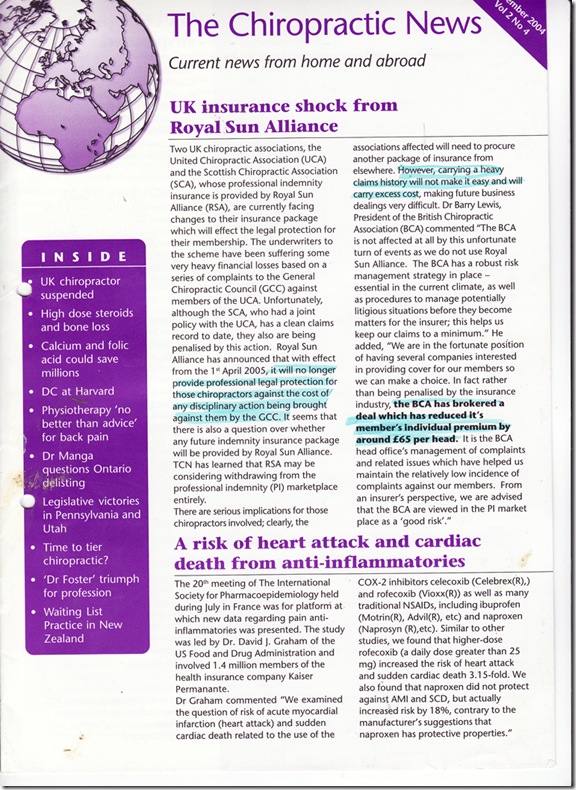 Not to Forget the students at McTimoney college in 2006 whose lives were turned upside down with out any consideration by the BCA. My last letter to BCA members in 2004 asked has the BCA lost its integrity. 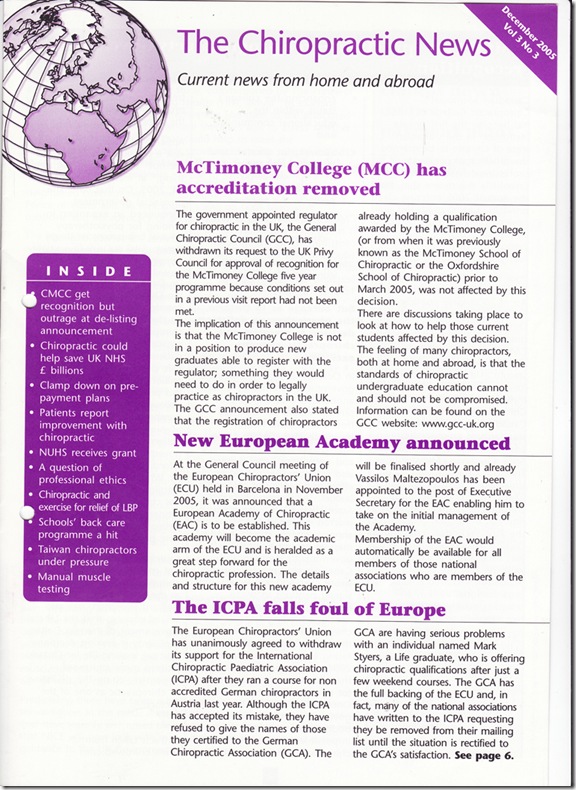