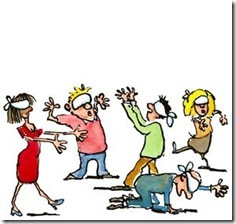 A few months ago I got a call asking me to blog about a scandal that was unfolding at WIOC. A slush fund had been set up at Glamorgan as a perk to supplement the income of tutors. Presumably its tax free and its an incentive to work there by funding tutors BCA membership, GCC registrations fees, trips to conferences etc, whats naughty about this is they funded the slush fund with student cash, the students I talked to were were under the impression the money they were giving was for library books, not tutors perks.

WIOC has always been clear about its political affiliations, David Byfield is head of WIOC and a member of the GCC education committee and his testimony in the Jensen case of 2002  convinced skeptics that Margaret Coats would act on complaints against BCA chiropractors. Byfield had made the same criticism of BCA colleagues in 2002 and stated he would not use BCA promotional materials as they were missleading. However screwing £175 out of each student seems a bit low even for him. You would have thought tutors could have seen a few patients to earn that pin money, instead of expecting students to increase their loans to  generate approximately £25,000 a year for tutors. The money was paid out on receipt of an invoice form the tutor as say for their membership to the BCA )

GCC registration fees, conferences in Europe etc. Some of the invoices were released under FOI with individual names redacted

I was president of the Students Union for two years 93-95 and I could write books on tutors efforts to screw students , they never succeeded because I had the support of the vast majority of students and I would tell the administration  if they did that students would not pay feels which always got their attention. So when someone calls me because they are shocked about these allegations about Byfield and his staff, my reaction was “Do bears shit in the woods”. Ask Byfield why he had to leave AECC in 1990.

Since my diagnosis of cancer it has been hard to motivate myself to write about chiropractic and the GCC as I need to be angry to write about them and I suspect that anger which has been around for many years has had much to do with the development of cancer in my body, so I spend a lot more time these days listening to Pink Floyd rather than trying to explain to lemmings why Byfield, Dixon et al lack integrity. They can say all sorts of things about me but no one can provide evidence that I lack integrity. Its the quality of life thats important not quantity, the next five ten twenty years will go in a flash. After the diagnosis I made a conscious effort to live life to the full and it was a great feeling to realise it was the way I have always lived my life, so whatever I am told after surgery next month, I have no regrets,  I expect to live for many more years,  but the chiropractic profession will not figure very prominently  in my future.

Recent events at News International has been interesting, I hope has not gone unnoticed by chiropractors  the lengths people in power are prepared to go to keep that power. When they hack phones they are not interested so much in the title tatle they pick up, its the control that gives them over others lives . When Margaret Coats and Peter Dixon instructed Private Investigators to go after me it was in the hope that they could scare me, as they have terrified the vast majority of my chiropractic colleagues. The litmus test of fear for me has always been what would I have done if I had lived in Nazi Germany, would I have protested would I have been like young Sophie Schol who made the ultimate sacrifice and got very little credit for it. I now know I dont fear death, and if in the same position I would probably have done as Sophie Scholl but would not have been caught. Its they way I was brought up to stand up for the weak and seek social justice in all aspects of life regardless of personal cost.

Which brings me back to Byfields little slush fund. On Saturday a former  Glamorgan student contacted me  to tell me a group had been set up on Facebook  to protest about the slush fund and were they going to do something about it. While I have very little to say about chiropractic at the moment I thought the least I could do was show solidarity with colleagues and I joined the group and was accepted by one of the administrators Georgina.  I read some postings on the “wall” put the most recent ones had the usual, chiropractors moving away from the topic and starting to bicker about what chiropractors need “research” “better sales people” the usual drivel. I decided to make a small comment advising them to focus on the issue at hand rather than get distracted by other issues.

When I went to post the comment I could not, I can no longer even find the Group on Face book. I had been banned from the group before I had even said anything, I am so banned I can no longer  find this group of revolutionaries on FB to tell you where to look, or perhaps they have gone under cover.  Funny I have never banned anyone from this blog and the only person who has banned me from following him is Edzard Ernst.

Presumably someone who is going to take on Byfield et al was so sacred of the repercussions seeing my name in the group they contacted one of the administrators to have me banned, the administrators of this group which has my 100% support are David Wilkes, Sarah Keen (nee Stevenson], David Pudney and Timo Schmitt. to them I say I have no hard feelings and this is what I was about to post to members of the group, before I was banned.

“When I was student president at AECC we used to say chiropractors eat their young, so none of this should come as a surprise to anyone. The difference now is chiropractors feast on each other , because the growth in chiropractors is not being matched with new patients. The profession does not need more sales techniques, or research. It needs honest "skilled" chiropractors who can communicate what they do and why they do it. Many of your role models at WIOC have been people who were not particularly successful in practice and were happy to supplement their income with student pocket money. Thats whats wrong with the profession too many people motivated by easy money rather than providing a great service to the public.

If you guys are to be  the next generations of chiropractic leaders dont repeat the mistakes of the  previous twenty years of the blind leading the blind. Dont believe all the bullshit, If I was bad for the chiropractic profession, please someone tell me why, as I am one of the few who has the measure of Edzard Ernst. In the last few months I have spoken to Kevin Proudman president of UCA , Ross McDonald President of SCA , I even had lunch with Richard Brown President of BCA at the Colleges of Medicines inaugural conference and if any of them think I am a bad for the profession they said nothing, perhaps they are also afraid of me?? Then they are no Sophie Schols either.

← The flowers smell beautiful and its great to be alive.
After the Storm–what have we learned? That Richard Brown has learned nothing . →