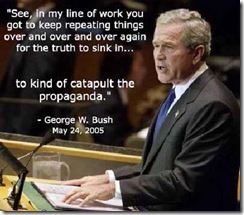 Check out the actual speech

This is the in the latest editorial in the BCA magazine Contact. It is written by BCA council member Rishi Loatey explaining why BCA members should keep the Chiropractic Alliance at arms length. I have e-mailed Rishi asking if this is an accurate quote.

Rishi asks; “is  the launch of the AUKC, with it’s particular
focus on the subluxation, really a positive
development for the chiropractic profession in
the UK?

One of the objectives of the AUKC is the
adoption of the International Chiropractors
Association best practice guidelines, which list
over 340 diseases that have been improved
after chiropractic care. These ‘evidence-based’
guidelines declare that this “is supporting
evidence that chiropractic spinal care can
help the vast majority of disease states of the
body”. Furthermore, they suggest best practice
to be up to 25 visits within eight weeks for
uncomplicated mechanical axial pain, leading
up to 85 visits in 28 weeks for axial mechanical
pain with complicating factors (such as a
reduced cervical lordosis). What percentage of
your patients have you seen on 85 occasions
within seven months?

If this  is accurately quoted I would be very concerned however I suspect it may be part of the BCA propaganda machine to frighten members who are considering leaving the BCA and has been taken out of context, or gets repeated like Chinesse whispers and eventually the content changes. Could anyone provide me with the actual text. I would not be happy about any document that reads like a recipe book for chiropractic care with visit numbers for specific conditions.

Stephenson in his 33Pprinciples” clearly states in the chiropractic text book book “Disease” is a term “used by physicians for sickness”. To them it is an entity and is worthy of a name hence diagnosis” ; Any chiropractor claiming to treat disease is not practicing chiropractic.

17 comments for “Is this propaganda from the BCA? Or do the Chiropractic Alliance have some explaining to do?”