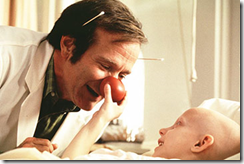 As the best chiropractor in Europe I had always hoped it was because of my superior adjusting skills and now I know its because I kissed the blarney stone when I was young and like to have a good laugh with my clients.

CAM bigots say all I do is give a back rub that has no biological basis as to why it should affect the function of the nervous system- Dahh. New research tells us not only does my skilful adjusting technique stimulate joint receptors and facilitates the healing process, the fact I am not very “professional” and like to talk and have a bit of a laugh with clients is also of benefit to them.

Homeopathy works – but it is talking, not tinctures that helps patients

Homeopathy can reduce the symptoms of disease, but it is the consultations not the remedies which are responsible, a new study has found.

Sufferers of rheumatoid arthritis who visited a homeopathic doctor experienced significant reductions in pain, inflammation and other key markers of the disease, the research shows.

Yet it made no difference whether the solution they received was a genuine homeopathic tincture prescribed to treat rheumatism, or a placebo.

The research, published today in the journal Rheumatology compared different groups of patients, who were already being given conventional medication for the disease

Those who had a series of five consultations with a homeopathic doctor experienced “significant clinical benefits,” – whether the tincture they received was a specially prepared “homeopathic” remedy used to treat rheumatism, or a placebo.

Patients given exactly the same remedies without the consultations did not gain the improvements.

The study’s authors said the findings suggested that simply “talking and listening” to patients could dramatically assist their health.

Homeopathy is based on a theory that substances which cause symptoms in a healthy person can, when vastly diluted, cure the same problems in a sick person. Proponents say the resulting “remedy” retains a “memory” of the original ingredient – a concept dismissed by scientists.

While the study suggested the remedies itself had no benefit, conventional medics should learn from the way homeopaths treated their patients, said Prof Lewith, a reader in the University’s Complementary Medicine Research Unit

“When you place the patient at the heart of the consultation you get a powerful effect. I think there are a lot of lesssons here for conventional medics about the need for patient-centred care, instead of treating people as walking diseases.”

Dr Sarah Brien, the study’s lead author, said that while previous research had suggested homeopathy could help patients with rheumatoid arthritis, the study provided the first scientific evidence to show such benefits were “specifically due to its unique consultation process”. END

This research not included in Bronfort et al: begs the question if being warm and kind to someone helps them get better why is the GCC going after chiropractor Alan Taylor. Perhaps warm and kind are not emotions GCC people are familiar with at least according to former GCC employee Maxine White.

PARTICULARS OF THE GCC ALLEGATION: against Alan Taylor
Who has a hearing later on 22/11/10 That, whilst a registered chiropractor:
1. At the material times, you were in practice as a chiropractor at Eastbourne Chiropractic
Clinic, 5 Old Orchard Road, Eastbourne, East Sussex, BN21 1DB;
2. Patient A first consulted you for chiropractic treatment on an unknown date in 1999 and
continued to be your patient until January 2006;
3. You did not know Patient A before you commenced seeing her as a patient;
4. In the period in which Patient A was your patient, you conducted a personal relationship
with her, during which:
(a) you and members of your family visited Patient A’s home on a social basis for
meals with Patient A and her family;
(b) Patient A attended yoga classes at your home, and on occasions:
(i) Patient A was the only pupil attending; and/or
(ii) Patient A remained at your home until around 11.45pm;
(c) you took walks alone with Patient A;
(d) you took Patient A out for meals and to plays;
(e) on or about 26 and 27 August 2004, you sent a series of text messages of a
personal nature to Patient A;
(f) you were in telephone or text communication with Patient A on a number of
occasions from 9 September 2005 to 8 October 2005 early in the morning and
late at night;
(g) you arranged for Patient A to be insured to drive your car and she drove you in
it;
5. Given your continuing professional relationship as Patient A’s treating chiropractor,
your personal relationship, as detailed at paragraphs 4 (a) to (g) above, either
individually or cumulatively was:
(a) inappropriate;
(b) and/or improper;
6. By your conduct of a personal relationship with Patient A, you failed to maintain
appropriate professional boundaries;
7. You became aware from your treatment of Patient A, of the difficulties Patient A was
experiencing in her marriage at the time;
8. By pursuing a personal relationship with Patient A, you abused the position of trust you
held as her treating chiropractor;

← PCC find 18 chiropractors not guilty of trying to mislead the public into thinking they were medical doctors. 680 to go.
Its getting harder and harder for Coats and Dixon to mislead the profession. There is a paper trail, You just need to know where to look in GCC “closed” minutes. →

17 comments for “Being kind and friendly helps patients get better.”