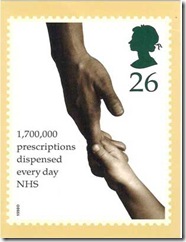 The article below was published in Pulse “MHRA under pressure to withdraw Rosiglitazone”.  and another article was published earlier in the week in the Independent newspaper

This is another example of why “evidence” does not necessarily make something true and should be the principle guideline for scope of practice.

It is also interesting that the justification for this drugs continued use is that there is nothing out there with better evidence of efficacy . In April I asked skeptics for  evidence of a better intervention than chiropractic for colic and am still waiting.

Nevertheless skeptics are still whinging to the GCC because chiropractors are still recommending a spinal adjustment as being an effective intervention for colic, unfortunately skeptics seem to have limited their understanding of the relationship between the function of spine and the central nervous system, to paralysis and death.

The UK drug regulator has come under fire for failing to act on an expert recommendation to withdraw the type 2 diabetes drug rosiglitazone.

A Freedom of Information Act request by the BMJ has uncovered a report from July from the Commission on Human Medicines, an advisory group to the Medicines and Healthcare Products Regulatory Agency, saying the drug’s risks ‘outweigh its benefits and it no longer has a place on the UK market.’

It followed evidence that the drug increased the risk of myocardial infarction and heart failure. But instead the MHRA issued advice prescribers should follow ‘current contraindications and monitoring requirements for rosiglitazone‘.

A BMJ editorial has called for the drug to be withdrawn immediately but the MHRA has said it is waiting for an EU decision, expected later this month.

Dr Richard Lehman, a GP and senior research fellow at the University of Oxford, writing in the BMJ, said: ‘If the regulatory bodies do not insist on definite evidence of greater benefit than harm to patients, rather than changes in surrogate end points, they are failing in their basic purpose.’

Professor Nick Fremantle, professor of clinical epidemiology and biostatistics at the University of Birmingham, said: ‘If we are to avoid similar problems in other clinical areas, we need a far more widespread overhaul in the standards of regulatory trials.’

A spokesperson for rosiglitazone manufacturer GSK said: ‘No other diabetes medicine introduced in the last ten years has such an extensive safety database.

8 comments for “A true skeptic does not reserve their skepticism for alternative and complementary medicine.”