Good discussion going on Brett Kinsler DCs blog about prescribing. Can someone please give me some figures that would suggest a majority of chiropractors or patients want prescribing to be included as part chiropractic care? 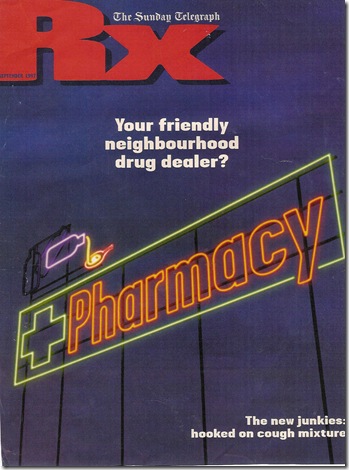 SANTA FE (KRQE) – A controversial bill to allow certain chiropractors to prescribe drugs in New Mexico is making its way through the state Legislature.

House Bill 127 would make some visits to the chiropractor seem more like a visit to a medical doctor.

“I think we’re the first state that will be doing this,” said House Speaker Ben Luján, D-Santa Fe, who is sponsoring the bill.

According to Luján, the purpose behind the bill is to address a shortage of primary-care physicians in New Mexico, which will only get worse as federal health care reforms take effect.

The bill calls for chiropractors with advanced training to start writing prescriptions for drugs under an approved list that has yet to be developed.

Chiropractors would not be able to prescribe narcotics or perform surgery.

“We’re trying to do this within our own profession and expand our profession,” said Santa Fe chiropractor Stephen Perlstein, one of the bill’s supporters.

Perlstein and the New Mexico Chiropractic Association insist the bill is good for New Mexico by creating a way to establish a “one-stop shop” for patients who seek the treatment of a chiropractor but also require certain medications.

“We feel that we as chiropractors are uniquely qualified, with additional education, to take up that position,” Perlstein said.

But the proposal has some powerful foes.

“There is some concern about the safety of the public,” said Dee Dennis, superintendent of the New Mexico Regulation and Licensing Department, which oversees the state Board of Pharmacy and the state Board of Chiropractic Examiners.

“I would say this is dangerous for the citizens of New Mexico,” Dennis told News 13.

In fact, the National Chiropractic Association issued a statement earlier this year saying it is committed to chiropractic care as a “drug-free, non-surgical science.”

In a separate statement, the International Chiropractic Association also voiced opposition because of “the inherent threat to public well-being.”

Luján said the bill has changed a lot from its original version, largely because of the criticism.

“As we’ve gone along we’ve made some amendments to the bill,” Luján said.

At first, the bill left the state’s pharmacy and medical boards out of the loop. But the version that passed the House last week on a two-thirds majority vote, now calls on those boards to help establish a list of approved medications.

The latest version also increased the amount of required classroom hours from 200 to 450 in a two-year master’s degree program to qualify chiropractors to write prescriptions.

A change in state law two years ago allowed chiropractors with 90 hours of additional training to prescribe homeopathic substances.

Perlstein is already certified for that. Now he’s hoping to expand his services.

“The basic chiropractic degree is extremely similar to the basic medical degree,” Perlstein said. “When you compare the hours and the subjects taught, they’re almost identical.”

Whether the bill survives the remainder of the legislative session is still unknown.

In a statement to News 13, the governor’s office said, “She has great concerns about allowing chiropractors to prescribe medication without undergoing the same rigorous training and certification as licensed physicians

← The complaint against Peter Dixon was not sent to the PCC and he was able to remain as chair of the General Chiropractic Council
The Chiropractic profession needs to get its act together and establish a consensus view of chiropractic and promote spinal joint care. →