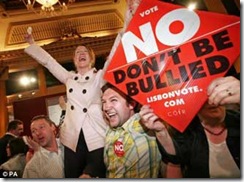 When The GCC refused to reveal to lawyers representing  psychotherapists, why the GCC’s former deputy registrar Greg Price ( Mr Price was administering complaints for the psychotherapist regulator UKCP) had to leave the GCC and whether he was a suitable person to be involved in the administration of complaints, the psychotherapists smelt a rat. According to an Article by Sarah Boseley in the Guardian

Thousands of psychotherapists are considering adopting new job titles to avoid government regulation of their profession, the Guardian has learned.

Some will drop the title of psychotherapist or counsellor and describe themselves instead as "Jungian analyst", "psychoanalyst", "body therapist" or "humanistic therapist" instead.

Some 3,000 psychotherapists have signed a petition objecting to regulation by the government’s Health Professions Council (HPC), which already regulates and disciplines other groups with registered titles, such as psychologists and arts therapists.

The mass defiance has split the profession and deeply troubles some members. It also angers and disturbs those who have suffered abuse at the hands of psychotherapists and their supporters.

In March last year, the HPC struck off Gale following the testimony of four former clients. He was found to have had inappropriate relationships with them, which included telling them his sexual fantasies, smoking cannabis in front of them and suggesting one should take advantage of "unlimited sex".

Ian Griffiths, who chaired the HPC disciplinary panel, said Gale had "a cavalier attitude towards the needs of clients and the requirement to follow clear guidelines … The behaviour that has been found to constitute misconduct is various, wide-ranging and happened over a long period of time. Some of it was of a very serious and fundamental nature."

Following the HPC ruling, the UKCP also struck off Gale, but television producer Howard Martin, who brought the original complaint, was unimpressed. "I was trying to tell them about Gale for three years. The UKCP did nothing," he said.

The UKCP is an umbrella organisation for a multitude of small professional groups. It says that complaints must first be dealt with by these organisations.

Dawn Devereaux is a psychotherapist who now specialises in helping people who have suffered abuse at the hands of other psychotherapists and counsellors. She says it is common: she sees around 15 clients a week. "It is almost all of my practice now," said Devereaux, who has just written a chapter for a book on the issues for the Royal College of Psychiatrists.

"Sexual abuse gets all the publicity and that is quite common – not just actual sexual contact but people being in a very seductive sort of relationship," she said. "Often what happens is that while they are in therapy, clients feel very special and it is like a romantic relationship. All sorts of fantasies arise. Often people are very depressed when they go into therapy and they have a very seductive relationship with the therapist and the problems disappear."

Clients become dependent, fearing the end of the relationship with the therapist, she said.

It happened to Karen Blakey. The psychotherapist she had been seeing started coming to her house in early 2004 and calling and texting her. "I was very poorly at the time," Blakey said. "He gave me hope and made me dependent on him. He then pushed a sexual relationship with me which I didn’t want, but I was so afraid of losing him and my depression coming back.

"It carried on from January to the end of May, when I couldn’t cope with all the emotions any more."

She went to see her GP and broke down. The primary care trust ended its contract with the psychotherapist, but later Blakey found he was practising elsewhere. "He is still working from home. He has got adverts on the internet," she said.

The fight against HPC regulation is being led by a group called the Alliance for Counselling and Psychotherapy Against State Regulation, which was co-founded by the present chair of the UKCP, Andrew Samuels. It launched a petition whose signatories, including Samuels, state that they are "considering a position of principled non-compliance".

This is spelled out in a document on its website. It involves finding a professional title which is not registered with the HPC. Samuels has committed himself to refusing to hand over details from the UKCP register of members who have decided not to comply.

"Some feel that what the HPC defines as psychotherapy does not fit with what we do, so they will call themselves something else and thereby not have to register."

He says he agrees psychotherapists need regulation, although not what is proposed by the HPC. He has been extremely antagonistic towards the HPC in the past, but said: "I have changed my job [to chair of the UKCP] and I have changed my views. I actually don’t think that blind opposition to HPC is what’s needed. What is needed is for the HPC to listen to the sensible criticisms that are being made."

However, there is a major schism within the UKCP between those who believe outside regulation is necessary and those who think psychotherapists should police their own.

The mental health charity Mind, which has supported people who have been abused in the past,

believes independent statutory regulation of counsellors and psychotherapists is crucial to protect the public.

Paul Farmer, Mind’s chief executive, said: "While most therapists do an excellent job, the people that do have a bad experience have very few options on how to complain and no guarantee that malpractice will ever be held to account. It is clear self-regulation is not working.

← British Chiropractic Association asks the General Chiropractic Council to seek prescribing rights for its members
Highlights of this weeks ECU conference in London: David Byfield – how to make friends and influence Simon Singh →

19 comments for “Psychotherapists have learned from Chiropractors mistakes”