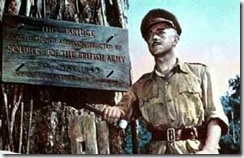 Having created this mess by not consulting the profession BCA leaders will put their head in the sand hoping the problem will go away. I suspect this is just the beginning rather than the end.

Now charlatans will know to beware the geeks

A year ago, I went to a London pub to speak at a meeting for the apparently doomed cause of libel reform. Simon Singh had written an article which was true and important about the dangers of the quack therapy of chiropractic healing. Then, like so many authors and publishers before him, he learned English law persecuted rather than protected honest argument and that he was in trouble.

The British Chiropractic Association was suing him for saying that there was "not a jot of evidence" that its members could help sick children by manipulating babies’ spines in accordance with the teachings of a more-than-usually nutty American faith healer.

Well-run societies do not defend men who make money from worried parents and, more seriously, fob off their children with bogus "cures". In his wisdom, however, Mr Justice Eady decided that the law would intervene to silence a debate on public health and ruled that it would not be enough for Singh to show that there was no reliable evidence that alleged treatments worked, which Singh would have difficulty in doing because there wasn’t. Because he had written that the chiropractic association "happily promotes bogus treatments", the judge said he had to jump the insuperable barrier of proving that the therapists were lying rather than merely deluded and face costs of £500,000 or more if he failed.

I expected a glum affair and did not expect my contribution to raise morale. I described how the judiciary had allowed Robert Maxwell, Roman Polanski, Khalid bin Mahfouz and many another actual or suspected criminals to use a biased and prohibitively expensive law to silence their critics. Far from being depressed, the audience turned into a heaving mass of furious geeks, who roared their anger and vowed that they would not rest until they had brought down the rotten system The "skeptic movement" (always spelt with "k" by the way, to emphasise their distinctiveness) had come to Singh’s aid. He was now in the protective custody of men and women, who, with straight faces, introduced themselves by the titles of their blogs: "Hi, I’m Gimpy."

"Jack of Kent, pleased to meet you, love your writing. This is Holford Watch, Zeno, Jago, and I thought I saw the Quackometer getting a round in at the bar."

Unnerved by their determination, I said to Ben Goldacre, demolisher of pseudo-science in all its fraudulent forms: "The nerds are on the march. I wouldn’t like to be the one standing in their way." An uncharacteristically mystical look passed over the great debunker’s face. "Yes," he said. "Strike us down, we shall become more powerful than you could possibly imagine." To read rest of NIck Cohens article click

← Simon Singh could not have done it without the help of the General Chiropractic Council
Wellness and the Biopsychosocial Model of health care. →