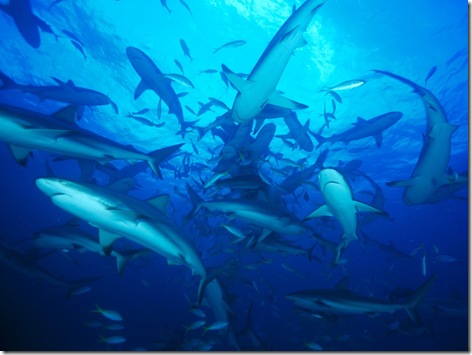 James Delingpole is a journalist who I believe appeared on Horizon a few days ago questioning whether Global Warming was being exaggerated. I disagree with his views but I have the same opinion I had with Simon Singh no matter how ill-informed his views are he is perfectly entitled to express them. Our skeptics have gone after him on Twitter over the last few days and left the poor man in shock. Below is what I commented on his posting which follows.

James, I practice chiropractic and follow many of these "skeptics" on twitter. To be fair what you have had to put up with the last few days is nothing compared to what homeopaths have endured and to a lesser extent chiropractors in recent years.

I met Simon a few times, because even though his article was ill-informed (his PhD is in physics not anatomy or physiology) I support his right to express his views and the BCA were wrong to hire lawyers to defend chiropractic, I do it better for nothing. I like Simon but I do wonder about some of the company he keeps. I have put your article on my blog and asked chiropractors for their opinion.

When his followers are thrown a bone its quiet amusing to watch the feeding frenzy. I have been posting about them since the case started, they used to call me and colleagues all sorts of names, it is only fun if the target reacts, they call it “moron baiting”.

Sticks and stones, its better to be talked about than to be ignored.

This is what James Delingpole  had to say on the Telegraph website today.: I know I promised yesterday that I wasn’t going to post about that ruddy Horizon documentary again but I’m afraid my hand has been forced by Simon Singh.

Yes, Simon Singh as in the popular mathematician and bestselling author of Fermat’s Last Theorem. And also, more germanely to this story, the recent victim of an expensive libel action brought against him by the British Chiropractic Association (BCA). The BCA eventually dropped its action – but not before Singh had run up £200,000 in legal costs. Though some it his lawyers will be able to claim back, he’s still likely to lose £60,000 of his own money as a result of his brave, principled decision to fight the case rather than cave in earlier.

I hugely respected him for what he did. He won a victory (albeit a financially Pyrrhic one) not just for himself but for all those of us who trade in robust opinion and who believe that English libel laws are outrageously biased in favour of vexatious complainants, which is why we have unfortunately become a haven for libel tourists, some of them representing unspeakable causes.

As he said afterwards:

“English libel law is so intimidating, so expensive, so hostile to serious journalists that it has a chilling effect on all areas of debate, silencing scientists, journalists, bloggers, human rights activists and everyone else who dares to tackle serious matters of public interest.”

Among those “serious matters of public interest”, you might imagine, would be Climate Change. Urged on by the increasingly doom-laden pronouncements of the Intergovernmental Panel on Climate Change (IPCC), the world’s governments are presenting taxpayers with the biggest bill in history to deal with a threat they call Anthropogenic Global Warming (AGW). Besides costing the global economy trillions of dollars, the threat of AGW has been used to justify everything from biofuels (which have led to the destruction of rain forests and increases in food prices, especially damaging to the world’s poor) to the blighting of countryside with wind farms and solar panels (which have wreaked havoc with economies including Spain’s). None of this is a matter of opinion and conjecture. It is provable, solidly back by much evidence and I have written about it many times on this blog – with sources and references, which anyone is free to check up on by revisiting my archive of posts.

Yet in the opinion of Singh, the worldwide Climate Change industry is the one area where the robust scepticism and empiricism he professes to believe in just doesn’t apply. Apparently, the job of a journalist is just to accept the word of “the scientists” and take it as read that being as they are “scientists” their word is God and it brooks no questioning or dissent. That’s it. Finished. There’s a “consensus” on global warming. It’s immutable and correct. And anyone who disputes it is a vexatious denier informed by nothing but ignorance and who deserves nothing other than to be hounded and bullied and abused by the Guardian, the Independent, the BBC, Simon Singh’s Twitter mob, Ben Goldacre’s Twitter mob, and the shrill nest of paid-for trolls who infest the comments below this blog not to present a reasoned case but merely to disrupt and offend.

Well I’m sick of it.

What sickens me is the hypocrisy of people who claim to be in favour of speech, claim to believe in empiricism, claim to be sceptics yet refuse to accept room for an honest, open debate on one of the most important political issues of our time.

And just this afternoon, Simon Singh – purported defender of free speech; enemy of junk science – joined the ranks of those disgraceful hypocrites with a message on Twitter.

(Yeah I know a lot of your say “Why bother with Twitter”. But Singh speaks to a reasonably large audience of 14,500 followers. His views influence people’s opinion, so it matters)

Here’s what he Tweeted:

Sorry, but @JamesDelingpole deserves mockery ‘cos he has the arrogance to think he knows more of science than a Nobel Laureate

Is that the message Singh really took from the BBC’s Horizon documentary? When did I ever make that claim?

I have no doubt whatsoever that Sir Paul Nurse knows more about genetics than I do. It is, after all, where the field in which he won his Nobel prize. As for science, sure, Nurse has the advantage over me there, too. He has a PhD. He’s a science graduate and I’m an arts graduate. But then I’ve never pretended otherwise. My case is not that I “James Delingpole have taken a long hard look at the science of global warming and discovered through careful sifting of countless peer-reviewed papers that the experts have got it all wrong.”

What I am saying, and I say almost every day, is that the evidence is not as robust as the “consensus” scientists claim; that there are many distinguished scientists all round the world who dispute this alleged “consensus”; that true science doesn’t advance through “consensus” and never has; that the Climategate emails threw the peer-review process into serious doubt by demonstrating how eminently corruptable it is; that there are many vested interests out there determined and able to spend a great deal of money by making out that the case for catastrophic, man-made global warming is much stronger than it is. And on these specific issues I can reasonably claim to be better informed than Sir Paul Nurse, regardless of how many PhDs he has, because I’ve spent much more time than he has researching them and because they are not issues which require an exclusively scientific knowledge to understand. They just require the basic journalistic skill of being able to read and analyse.

Yet despite apparently knowing nothing more about me and what I do than he has learned from a heavily politicised BBC documentary, and maybe heard from his mob of Twitter bully chums or read in the Guardian, Singh feels able to decide that Paul Nurse is right on this issue and I’m wrong. Well I don’t call that an evidence-based argument. I call that dishonest, thoughtless and – given the high ethical standards Singh claims to represent – outrageously hypocritical.

I would be genuinely impressed – and even more surprised – if Singh himself, and all those of his Twitter chums who’ve been harassing me with vile messages, were prepared to read this piece to the end, consider what it says and respond thoughtfully. I don’t mind the occasional ad homs: they have their place in an argument. But if ad homs (and Appeals to Authority: eg “Sir Paul Nurse has got a Nobel prize and you haven’t, ergo he is right and you’re wrong…”) are all you can muster, then it says much for the poverty and ignorance of your cause.

You can disagree with me all you like on whether or not you think global warming is man made; on how much we should spend to deal with it; on whether mankind is a cancer on the earth or a force for good; on any number of issues. But what I can’t abide any more is what has been happening all this week, irresponsibly orchestrated by Sir Paul Nurse, the BBC and their dishonest, ferociously lopsided “documentary”: the frenzied witch-hunt of a journalist and blogger who has done no more than journalists and bloggers should be doing in a free and open society.

Those who can come up with reasoned riposte – or indeed an apology, and that means especially you Simon Singh – I will respect.

Those who cannot are ought to look into their hearts and ask themselves: “If my cause is really so powerful and right and true, how come its response to any kind of criticism is not to engage with it through argument but merely to try to silence it with censorship, appeals to authority, crude character assassination and establishment cover ups?”

3 comments for “Does Journalist James Delingpole have a point when he describes “the curious double standards of Simon Singh”?”