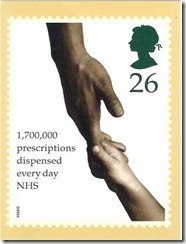 A ballot of BCA members has resulted in 78% of the votes cast (which was not that many), being in favour of asking the GCC to approach the Medicines Healthcare Regulatory Authority to set in motion a proposal to secure prescribing rights for chiropractors. This is a sad day for chiropractic, but at least the BCA has finally come out and nailed their colours to the mast. However as with the Simon Singh case they will push ahead showing disregard for the rest of the chiropractic profession in the UK and internationally. Since the early 90s the BCA has tried to reinvent itself three times and now there new vision is medipractors on the NHS

In October Richard Brown was appointed BCA president and to be fair to him he is the first BCA president in my time who has come out and declared openly the Councils intention to medicalise chiropractic. He stated “For the BCA to maintain credibility as a professional organisation it must examine itself closely and determine its future direction”

Richard Brown presented a paper to the membership  outlining the BCA councils intentions, (which are supported by the AECC and the Welsh Institute of chiropractic) to “bring about a cultural shift within the BCA” and be evidence based. Whether this means they were not being “evidenced based” when they produced the “happy families” leaflet is not clear.

I support anybody exposing unethical marketing practices, but quiet how alienating the vast majority of the worlds chiropractors with prescribing rights, fits into the BCA paradigm of chiropractic excellence is anyone’s guess, when the very people who do not have the skill to perform a chiropractic adjust will be the ones

If a patient needs NSAIDs, refer them to the experts in prescribing, medical doctors and let chiropractors be the experts in WOO as the sceptics call it. I can not see a day when medical professionals will be describing Richard Brown et al, as  NHS Consultants in Musculoskeletal Medicine?? Then again I never thought I would see the day chiropractors would give up on chiropractic and start  prescribing.

Show your opposition to this on; Facebook and join our group.