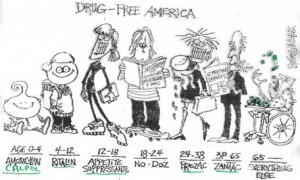 Laughter can do as much good for your body as a jog around the park, scientists have claimed.

Doctors describe “mirthful laughter” as the equivalent of “internal jogging” because it can lower blood pressure, stress and boost the immune system much like moderate exercise.

A number of volunteers asked to watch just 20 minutes of comedies and stand up routines saw a dramatic drop in stress hormones, blood pressure and cholestero

That means that the “laughercise” could be a way to reduce heart disease and diabetes. It is especially important to the elderly who may find it hard to perform more physical activities.

Dr Lee Berk, from Loma Linda University, California, who led the study, said that emotions and behaviour had a physical impact on the body.

He concluded “that the body’s response to repetitive laughter is similar to the effect of repetitive exercise”.

“As the old biblical wisdom states, it may indeed be true that laughter is a good medicine,” he said.

Dr Berk, who has been studying the effects of laughter for more than two decades, said that the high you get from a giggling fit was similar to the endorphin rush from exercise.

He has shown how it can reduce your risk of a heart attack and diabetes and generally regulate the body’s vital functions.

It is also an important way to de-stress after a day’s work, he believes.

For the latest study he had 14 volunteers watch either a stressful 20 minute clip of the war film Saving Private Ryan or an extract from a comedy or stand up routine.

Blood samples taken afterwards showed the reduction in stress hormones and increase in immune T cells for those who watched the comedy. Blood pressure testing showed it was down too with this group.

In 1997, Dr Berk performed experiments with diabetic heart patients. One group watched a television comedy each day for one year, another did not.

The difference in outcomes was stunning. At the end of the year, the comedy-viewing group required less blood-pressure medication.

An earlier study also showed that watching just half an hour of comedy a day slashes levels of stress hormones and compounds linked to heart disease.

Levels of compounds linked to hardening of the arteries and other cardiac problems had also dropped, while levels of ‘good’ cholesterol – thought to protect against heart disease – rose.

An earlier study by Dr Berk also showed that the mere anticipation of a good laugh can benefit health.

The expectation of watching a comedy video was enough to raise levels of feel-good endorphins and boost amounts of a hormone that helps our immune system fight infection.

The findings were presented at the Experimental Biology conference

← Wellness and the Biopsychosocial Model of health care.
Margaret Coats may have chiropractors attending the ECU conference in London arrested →