I tuned into to BBC news at 8 oclock to listen to the resignation of Hosni Mubarak and I was reminded how unpredictable politics is and of February 2008.  I made my way to the General Chiropractic Councils offices certain that by the end of the day the we would have won a no confidence vote in the chair of our regulator Peter Dixon by 10 votes to 8 and Chief executive Margaret Coats would be gone. A few weeks later it was me that was removed from office, three years later these two have managed to bring the  chiropractic profession to its knees but at least now the professional associations are trying to do something about it.

Everybody was certain Murbark was on his way out but he did not go, decided he could hang on, throw the protesters a few bones, set up a committee to oversee the transfer of power which may never happen unless the protesters keep the pressure on and ensure not just that Mubarak goes but that his cronies go with him. Funny how all these autocratic organisations behave in the same manner and are reluctant to give up power.

Its going to be interesting how this pans out and what the establishment come up with. The similarities with what the chiropractic associations and the regulators are going through at the moment are there for all to see. 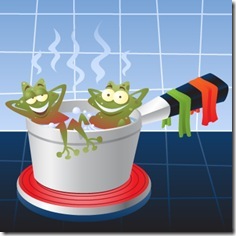 I suspect prescribing will be the banana skin that will split the chiropractic alliance and BCA, which will eventually get Dixon off the hook.

Having followed the skeptics now for a few weeks on twitter, I am convinced chiropractors will play into critics hands, by prescribing  “treating symptoms & diagnosing biomedical conditions”,  not forgetting the use of the doctor title. Lets make DC stand for the chiropractic doctor.

Many chiropractors all over the world crave recognition from the medical community and they are pushing ahead with their plan for chiropractors who are not ver good at adjusting spinal joints to use medications. With little consultation with the majority of the profession this small band are setting up prescribing courses for a minority of chiropractors who believe as former BCA president Mike Barber said in 2000 this is chiropractic comming of age.

I believe the World federation of chiropractic will announce a change of position on prescribing at the WFC congress on April 9th paving the way for prescribing in European associations. The vast majority of us will have watch as the chiropractic profession has the heat slowly turned up and is boiled by our medipractor colleagues.

This from the Foundation for Vertebral Subluxation

The Master of Science in Advanced Clinical Practice (MSACP) Degree, developed at the National University of Health Sciences, purports to give chiropractors a broader immersion in clinical studies including pharmacology. National conferred diplomas on the first 14 graduates of its MSACP program in August 2009.  The program for chiropractic physicians consists of a two year, 36 credit hour program incorporating weekend and distance learning courses.  The Foundation, along with other concerned groups within the profession, has commented on the dangers of promoting so-called advanced practices within chiropractic which create a tiering of the profession giving the impression that the “advanced” chiropractors are somehow “better” chiropractors.

Just this January 2011, House Bill HB127 was proposed in the state of New Mexico to authorize “certified advanced practice chiropractic physician to prescribe and administer ANY dangerous drug or controlled substances subject to approval by the chiropractic board and within the physician’s clinical specialty.”  Additionally, “the existing statutory prohibition against chiropractors performing invasive procedures, operative surgery, and prescription or use of controlled or dangerous drugs is eliminated.”  It has been reported that this bill is being promoted by the American Chiropractic Association’s (ACA) New Mexico delegate.  Despite previous claims by proponents of tiering within our profession, this bill clearly demonstrates the goals of this faction for chiropractors to practice medicine.
In related events, the Council on Chiropractic Education has just changed their standards to allow for the accreditation of degree programs other than Doctor of Chiropractic. National’s accreditation was recently renewed by the CCE and specifically listed as Doctor of Chiropractic Medicine. The CCE has also removed subluxation and “without drugs and surgery” from their accreditation standards.
Further to these events, The American Chiropractic Association’s House of Delegates approved a resolution in 2009 “supporting the National Board of Chiropractic Examiners’ plan to create certification for an expanded practice chiropractic physician. New Mexico has added such an advanced practice designation to their statute and the American Chiropractic Association has voted to endorse such efforts.

Now, it has come to our attention that the development of such an examination by NBCE was discussed at the February 2011 meeting of the Washington State Chiropractic Quality Assurance Commision.  According to the meeting agenda, members of the commission planned to discuss the relevence of a proposed examination focused on competencies relating to the prescribing of drugs.
The Foundation for Vertebral Subluxation has serious concerns about the utilization of NBCE resources (i.e. students’ money)  to further advance the  development of designations to chiropractic credentials denoting a superiority to certain types of chiropractors which amounts to defacto tiering of the profession. Beyond the connotation of superiority and the tiering that arises out of such designations, the push to include drugs into the scope of chiropractic practice is the most serious issue facing the profession. Chiropractic is not the practice of medicine and is in fact a distinct and separate profession that enhances the ability of the body to heal without the use of drugs and surgery.
As this issue is not isolated to one or two states, the Foundation urges all chiropractors, chiropractic associations and organizations to join together and oppose these actions.

18 comments for “Courses in prescribing for chiropractors? Is this the way to boil chiropractic frogs?”